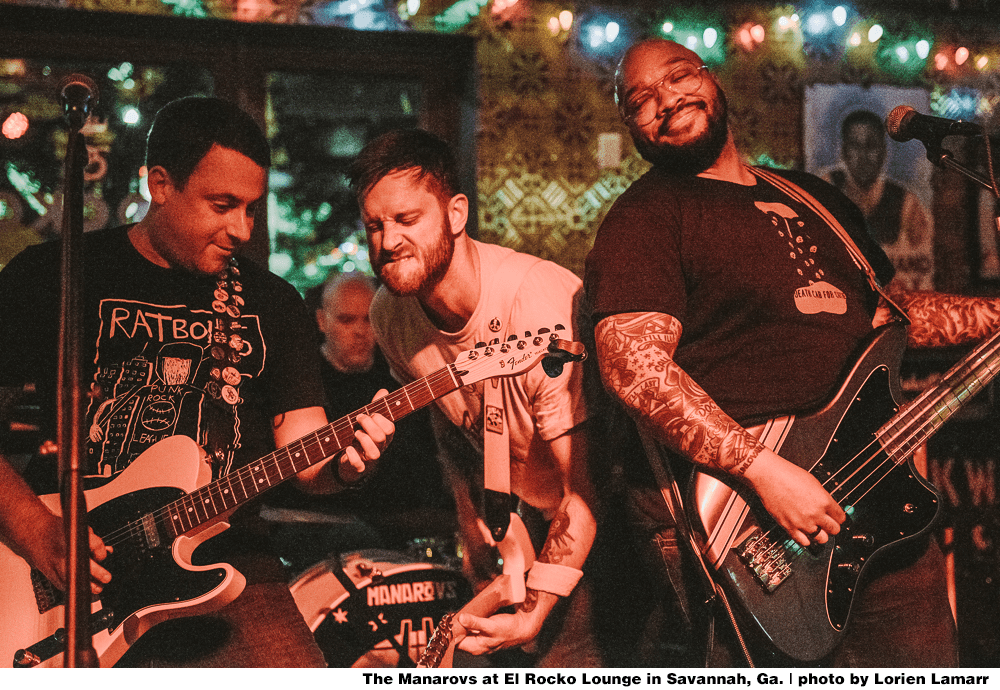 Getting to know a new city and scene usually takes time. Fortunately, I’ve been visiting Savannah, Ga. several times a year since 2015. Now I’ve permanently relocated. I’m comparing largely to my experiences shooting in Baltimore, D.C., Philadelphia, and New York City. The obvious recommendation for Savannah over these larger, more northern cities is the weather and atmosphere. When most people think of Savannah, they imagine dramatic Spanish moss-draped live oaks lining brick and cobblestone streets—and there’s definitely that—but there’s so much more to recommend Savannah.

The first thing I noticed shooting here is the parking. Not only is it easy enough to find, it’s free after 6 PM. So parking for essentially any show downtown is completely free. Secondly, and this will be a huge deal for most Americans but underwhelmingly common for most Europeans, is that Savannah has open container policies which allow alcoholic drinks to be carried openly in public. This means you can take your drink outside with you between sets or even carry it to your next bar. Lastly, and this is specific to El Rocko Lounge, but the venue is right next to late night tacos.

So in summary, you can get to the show easily, you can drink outside under the Spanish moss between sets, and there’s tacos. What’s not to love? So far, the only drawbacks to Savannah are the low number of venues (although the Jinx is returning!) and bands often skip it on tour in favor of larger cities like Atlanta, Charleston, and Jacksonville.

Another thing you can’t get in those bigger cities are the homegrown local bands. The Manarovs play infectiously catchy, fast, and fun pop punk. Their song themes include aliens and secret agents. You can find their debut album on Mom’s Basement Records. It’s a rollicking and boisterous good time. You’ll laugh. You’ll dance. You’ll laugh while dancing.

I always try to shoot bands so that the way the music feels can be felt through the image and I think I pulled it off here. I think you can feel the S-tier level of fun emanating from the image. I’m excited I’ll get to see them play more often because I can’t imagine a better time than an evening of danceable pop punk, tacos, and outdoor drinks on warm coastal Georgia night.