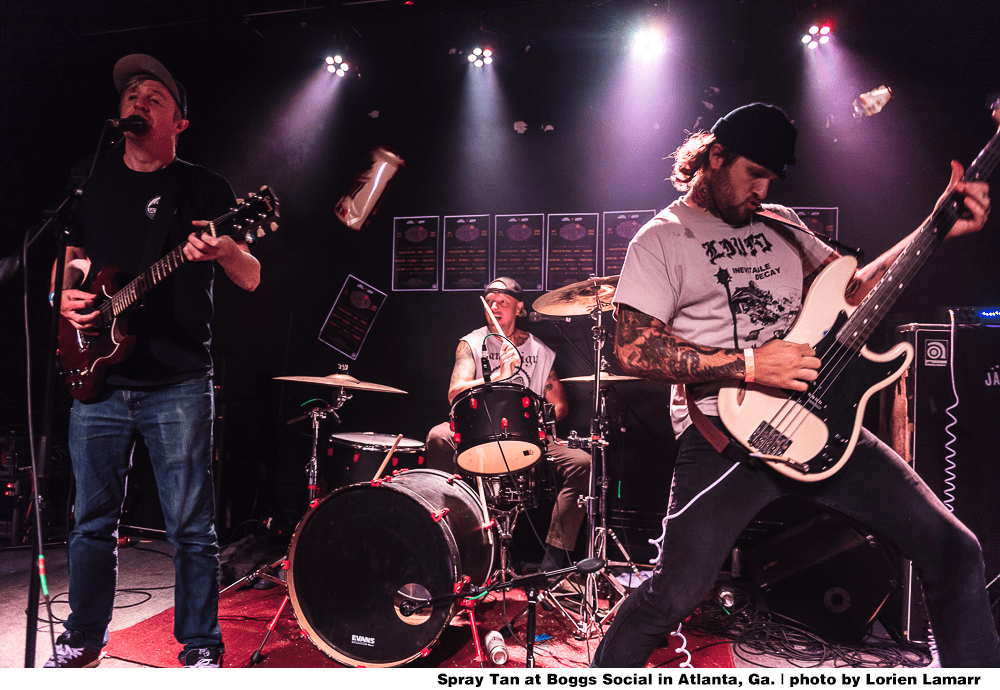 I had barely finished editing my photos for The Fest when Adam Gecking from Say10 Records asked me if I’d like to join him for Jabroni Fest in Atlanta. I knew I needed to expose myself to more of Georgia so I said “hell yeah” without another thought. I had no idea what I was in for.

First, what is a Jabroni? I had no idea. Google told me the etymology essentially meant “idiot” by way of an alteration of Italian dialect giambone, literally “ham.” Idiot Fest is a pretty alright punk show name. HamFest would work, too, if we’re talking about going hard, but there had to be more to it.

Jabroni Productions is Steve Johnson (Seagulls, Breaux, Desk Rabbitz, Lego Batman, Moonshield), Dave Sherman (Desk Rabbitz, NAW, Bad Leavers) and Noelle Shuck (Shehehe, Mollys Lips). Turns out I know nothing about wrestling because this is a fairly common wrestling term similar to a “jobber” (jobber... jabroni... I can see how we got there). Wrestlers who routinely (or exclusively) lose matches are known as jobbers. A regular jobber is skilled at enhancing the matches they lose while helping make the more established wrestlers look credible. World Wrestling Entertainment (WWE) has referred to jobbers as lovable, adorable“losers.” In other words, jobbers function a lot like a really good opening band: they get the audience hyped and warmed up for the main act. Jabroni Fest is a platform for all the local (mostly Atlanta and Athens) jobber bands.

Every band was excellent. Honestly, it blew my mind that none of them were “stars.” It made a terrific introduction to Georgia (and some other regionally local) bands for me as a new Georgia resident. I could easily write an entire column about each band. I might in future columns, but given the parameter of a single photo, I chose Spray Tan.

Spray Tan is a fast-paced, catchy three piece from Atlanta. Musically, they got the crowd so energized I took a wedge to the face to avoid destroying my camera in the pit. So if you’re yardstick for measuring punk is, “I almost died in that pit,” they cleared the mark. Lyrically, it’s fun to sing a long or point along to. If that were all, they’d still be worth writing about, but wait... there’s more...

No one could tell me how it started, but throwing your empties at the band is not only welcomed, it’s encouraged. I watched members of the crowd rush back to the bar looking for spares. I got a high five when my empty White Claw landed perfectly on the snare. It’s crowd participation. It’s almost recycling. It’s perfect. Considering that a qualifier for the Fest Photo Team is the applicant’s experience level with handling beer cans thrown at you, I cannot process how Spray Tan has never played Fest. That crowd would distill this into its purest form, turn the practice into an art.

Lastly, Atlanta punks party harder than I can keep up with and Adam is the hardest partying sober person I’ve ever met. I barely made it home in one piece (in the best way possible). If you haven’t been to Atlanta yet, you’ve now been warned.