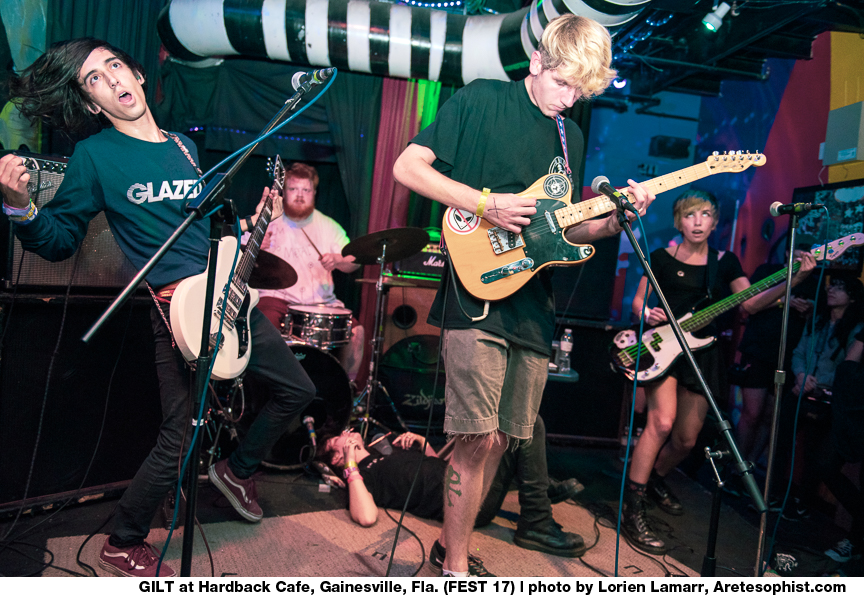 “Equal parts ennui and blind rage,” GILT bills themselves as a response to the emo-revival, and if that’s what they are going for they knocked it out of the park. To me, I get all of the parts I loved about first and second wave emo and nothing I hated about the third. It’s loud, full of screaming, time changes that are simultaneously harsh—but effortlessly flowing not unlike a mood swing—and sincere, genuine lyrics.

My therapist asked me recently if I had any other emotions other than anger. I said meta-anger. I am angry that I am so angry. I’m angry that the state of affairs I find myself in at this point in history makes my blood boil. I’m angry that I feel powerless to change anything and that makes me angrier. GILT makes me feel less alone in my anger. They express some of these feelings better than I’ve been able to put into words myself, like is there any point to all this anger? It’s exhausting and there’s no satisfying outlet for it, except perhaps to take that bottled-up rage and let it pop like a champagne cork, exploding gleefully on stage. If I were to imagine an origin story for this band, that would be it. I’m bored of pent-up rage. I’m so sick of it, it’s almost silly.

You can watch them be irritated with exasperated, world-weary displeasure on their Volume 1 tour. I have heard rumors that additional volumes may include Mexico and Canada. Shhhh.