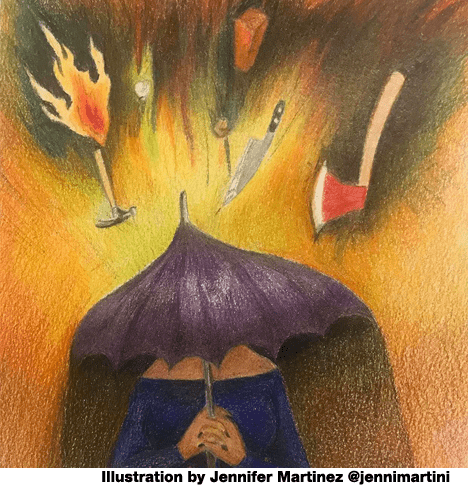 Today started off pretty okay, if you can actually believe that. Since I last wrote, I’m still in quarantine, still working from home, still trying to figure out what comes next and what my place in society will be when this is all over. It’s been an up-and-down ride over these past sixty-five days at home. The first two weeks were the hardest—there was just so much uncertainty. And now, well, there’s still so much uncertainty. But in the dual chaos outside/solitude inside, I’ve been able to find at least some peace within myself. I don’t consider myself to be a creature of habit, per se, but there were some things I grew to depend on, even consider sacred, as mundane as they were: struggling to get out of bed each morning, put on a face and drive to work with co-workers in a working office environment from 9:00 AM to 5:00 PM every day. Having to throw all that out and start in this “new normal” (a saying I hope I never have to hear ever again), has been a challenge. I swore up and down, repeatedly, I’d never be able to work from home. Yet, here I was, forced to do just that. It wasn’t easy to adjust to, my surroundings weren’t work-conducive, and I easily lost focus—my mind consumed instead with fear and dread.

Eventually, that dissipated. Anxiety and fear of the state of the world will always be there, but it became an undercurrent; a constant static background instead of intrusive thoughts popping up constantly. And in this strange sense of calm (if that’s what you’d like to call it), I’ve found new routines. I’ve started making to-do lists and checking off actions with pride, as small as they may be. I read magazines I’d stockpiled while I ride my stationary bike. I’m making better health choices and selectively choosing how I consume news. I’ve created a situation for myself that works, despite everything.

An enormous part of this wave of calm stems from the fact that so much of the stress in my life has, mostly, paused. It’s a pause replaced by a horror of the outside world, yes, but it’s a pause nonetheless. And in this time of not having my brain completely consumed by the little stressors of everyday life, it’s given me time to reflect on just what and why those anxieties cause so much grief for me. So many things could be resolved by me just saying one word: no. Yet that two-letter word feels like a four-letter one when it spills out of my mouth. I never just say “no.” It’s always filled with conditions and explanations: “I’m not comfortable—well yes, I guess I could do that….” “Okay, but not right now….” It gives ways for people to step in and steamroll any objections I may have.

I fantasize about saying no. I have daydreams of shirking all my responsibilities and taking off somewhere, just getting away from everyone and everything that’s been asked of me. Then when I return to the present, the guilt of even having those kinds of thoughts sets in. I feel like I’ve let everyone down, even in this fantastical dreamland scenario I’ve conjured in my mind.

And that’s where my problem lies: the self-imposed guilt trip. I find myself so often bending over backwards to please people who only drain my energy or step over any boundaries I’ve tried (albeit unsuccessfully) to build. I plead with myself to grow a backbone and just say, definitively, without hesitation, no. Is it out of a fear that people will not like me? To some extent, sure. Is it a worry that I’ll let people down, be considered unreliable, or any other negative superlative? A bit, yes. But why do I find myself being pushed and pulled and taken advantage of by people whose opinions of me I couldn’t care less?

I’ve never been one of those people who wishes ill karmic retribution on others. I’ve never even really believed in it to its full extent—my personal ammo is just to be kind to others and you’ll attract kindness in return. But I also don’t believe being kind is something to use as a bargaining chip; I will not be nice to others to see what I get, be it gifts, favors, positive energy, or ultimately, if it’s up there, a spot in the Good Place when this all passes. I practice kindness because practicing malice is just wrong. In my younger, pettier years I used to take sadistic joy in spite. If someone wronged me or got on my nerves, I’d be happy to see them upset. Now, even that makes me sick to my stomach. If you’ve done wrong by me or those I love and you’re still living well, that’s fine. Just don’t hurt us or anyone anymore, is all I ask.

Yet, it’s exactly those people who feed on my kindness and drain me of any kind of energy or hope I’ve mustered. Even when those who aren’t serving me in any kind of way demand things of me, I give in out of superstition. I have this looming fear saying no to someone who’s crossing a line in what they’re asking of me will just cause harmful things to happen to me or my loved ones. It makes little sense. I’m not a superstitious person. I’m baseline at best—I’ll throw spilled salt over my left shoulder, bless myself in front of a church—the entry-level stuff.

But the more I think about it the more I realize it’s not about superstition, it’s about compulsion. If I don’t do this good deed that’s being thrust upon me for this person, then bad karmic retribution will come my way. Never mind the good things I do for others or the hard work I put in to be as helpful as possible to anyone else. It’s a way to feed my anxiety and keep it running. Why say no when you can keep saying yes, then dread having to do said task for hours on end? Why give yourself peace of mind when you can appease others at a detriment to yourself? Why live in comfort when you can tiptoe on eggshells forever?

Boundaries aren’t just about reclaiming my time and energy; they’re about reclaiming my mind. They’re about not allowing myself to suffer mental abuse at the hands of others, even if those others don’t realize it. Setting boundaries makes others aware of what they’re doing, even if they didn’t intend to create harm. Boundaries are not the same as spite, or malice, or hatred; they’re about building a framework for a happier life. While I may still have to work harder to believe that all of this is true, creating the blueprint for this framework is essential.

And if my brain tries to tell me that this can’t be done? I’ll say no.