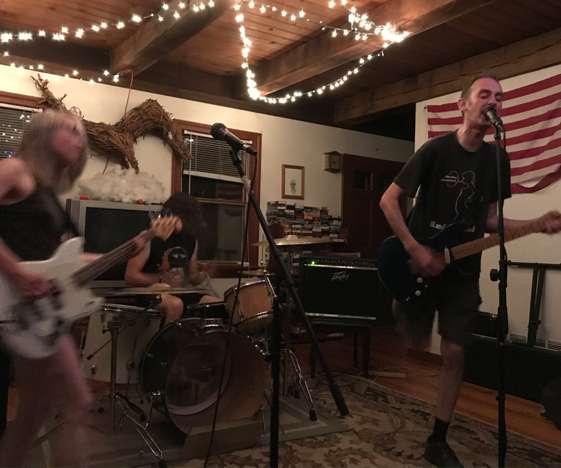 Milky Wimpshake is a political twee/punk/pop band from Newcastle Upon Tyne in the United Kingdom. They have been playing shows since 1993 and have put out a good chunk of records but never played in the States. In 2017, Milky Wimpshake frontman Pete Dale was able to make it across the pond with the help of Emily Timm and Nick Romy who offered to be his backup band for a two-week tour. I thought this was interesting and magical and thought it would be cool to interview Pete along with the “ad hoc” version of Milky Wimpshake. Some music is thrown in there too. Enjoy!