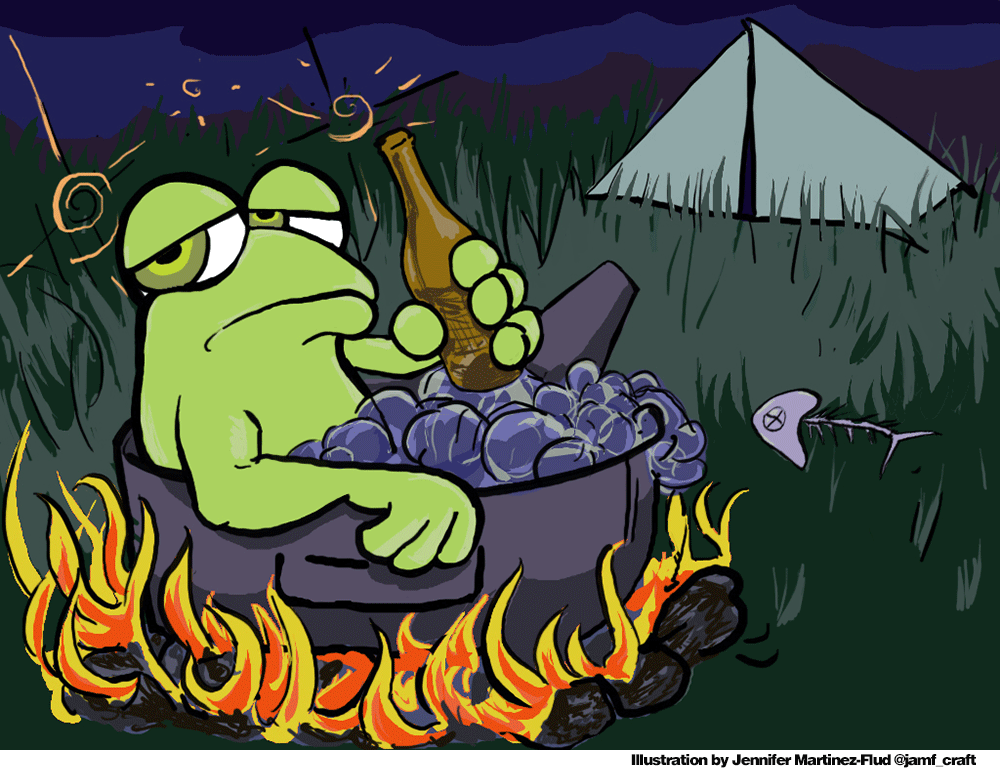 Hurry Up and Wait by Jamie L. Rotante

If you’re waiting for the “right” time to do something, here’s a piece of advice: there’s never going to be a “right” time.

That advice is more for me than you, if I’m being quite honest.

I can teach a masterclass in putting things off.

I can teach a masterclass in putting things off.

This is by no means the first time I’ve been stuck in a rut like this. In fact, it’s pretty quotidian for me at this point. But that doesn’t make it any less frustrating. In fact, more than ever, it’s becoming outright infuriating.

My year was off to a rocky start so I didn’t make any resolutions, but once things started to settle into my personal “new normal,” I set my sights on the future. And as such, I bought planners. Planners on top of planners to plan things. I had so many plans.

There’s nothing more defeating than seeing so many blank pages in a planner after it’s been started.

I bought specialty planners too; the kinds that not only help you create to-do lists for your daily tasks and work but to make moves for your life. The kinds that come with instructions and video tutorials you need to watch before you can even use them.

I think you might see where this is headed.

Those videos and directions lived in open but unread tabs until they were memorialized in stone. I’d add to a to-do list in a different planner: learn how to use your other planner, and I’d get overwhelmed at the amount of education I’d need just to figure out how to best organize my life. That being said, I still made some progress on goals (note: not resolutions) I made for myself: I started reading more (and listening to audiobooks), I started responding to friends’ texts in a (slightly) more timely manner (note: if you’re reading this and are still waiting for my response, know that it’s been weighing heavily on my mind and in my heart), and I joined a gym.

And it was that last bit that got me thinking about my behavior.

No, it wasn’t in an adrenaline-fueled frenzy. I didn’t find god in the midst of pumping iron. I didn’t achieve enlightenment at lightning fast speed on a treadmill. Happiness wasn’t attained at the bottom of a protein shake. And I sure as shit didn’t decide the cure to all my mental health ailings would be found on a stationary bike. Instead, it came to me in conversation, a very sweaty, red-in-the-face, exhausted interaction.

Joining a gym was something I didn’t really plan to do, until some family health concerns arose at the top of the year that reminded me of the importance of caring for my body as well as my mind. Making time to have to myself to zone out and be active—even if it’s a little bit at a time—seemed like a good idea. I’ve spent the better part of this year caring for others and not making nearly enough time for myself, so a constant, monthly reminder (in the form of money taken out of my bank account) would help me to do just that. So I scoped out the gym of my choosing, signed all the forms, handed over my bank info, and braced myself to start a new path towards health (or at the very least, something to do that doesn’t involve just running errands or going to doctors appointments).

“Oh, because you’re new, I highly recommend taking us up on one of our free personal trainer sessions.” Sure, why the hell not?

The personal training session was brutal. My reasoning for doing it was pretty straightforward: it was free. I didn’t envision myself as being a person who sticks to a rigid, protein-based meal plan and a part-time job’s worth of hours devoted to the gym every week. My goal was to level up my activity by being a gym interloper rather than a gym rat. The exercises sucked and consisted of all the activities I hate most. The assessment was fine—albeit the “science” being fairly dubious—but the worst came at the end of it: the hard sell.

As I sat weak, weary, drenched in sweat, red-faced, and having a hard time catching my breath (in retrospect, at some point my trainer probably should have checked in to make sure I was actually okay…), I listened as he ran through the multitude of different pricing plans they had available, all of which are out of my price range. Not even near my price range, to be clear, out of its orbit. In another galaxy. But I was ready: I would just keep saying no. And I did, try as they might.

Finally, a supervisor had to be called over to appeal to my emotions. Without realizing it—they caught me. They got me to admit a few more reasons why I was hesitant. I mentioned, that aside from price, the time just wasn’t right. I still had a lot to take care of at home and knew that I couldn’t dedicate the kind of time necessary for this kind of endeavor.

“I see what you’re saying, and it’s what a lot of people say,” the supervisor said, boring holes through me.  “You’re waiting for the ‘right’ time. But let me tell you, when you put off your dreams to wait for the right time, you just end up putting it off further until it doesn’t happen.”

Damn. She was right.

I agreed with her—I had to. Then politely told her that I was lucky I could afford a gym membership at all let alone a monthly payment that’s half the cost of my rent and got the hell outta dodge (I didn’t return for weeks later after my entire lower half was able to move without pain) and vowed never to do squats again.

But she was right—not about the gym, no—but about my approach towards life. I’m always waiting for the right time and spending an inordinate amount of time coming up with excuses as to why it’s not. I can always find the time for things that don’t serve me, but seldom the ones that do. Why can I absorb myself in trying to find something—anything—to watch on YouTube for hours on end but not just finish that online class I signed up for? Why do I  absolutely need to melt into the couch as soon as the evening comes, instead of devoting some time, even just thirty minutes, to chipping away at my next short story or literally anything that fills me with purpose instead of idle time-wasting?

When will I stop thinking of the things I enjoy as chores instead of rewards for the tasks I’ve completed?

When will I stop thinking of the things I enjoy as chores instead of rewards for the tasks I’ve completed? And if I do pivot that line of thinking, when will I start allowing myself to actually reward myself once in awhile?

Every day I wake up and try to manifest finding that purpose, that drive. And every time I get that spark, that little voice in the back of my head says, “Not right now.” Or, “Right after you finish this.” Or, “Not until the weather’s better,” “Not until you’ve cleaned your entire apartment,” “Not yet, “Not yet,” “Not yet.” The pull to do something I want yanks so hard against the voice that says I’m not ready like it’s a vicious game of tug of war, with my body and brain serving as the rope. It’s exhausting. It’s tiring. It’s… a lot like that personal training session, actually.

I need to quiet the supervisor in my brain who wants me to do nothing. Give a firm middle finger to the personal trainer who doesn’t let me get away with a cheat day.

In fact, all of this has got me thinking of an idea. I think I’ll start working on it right now.