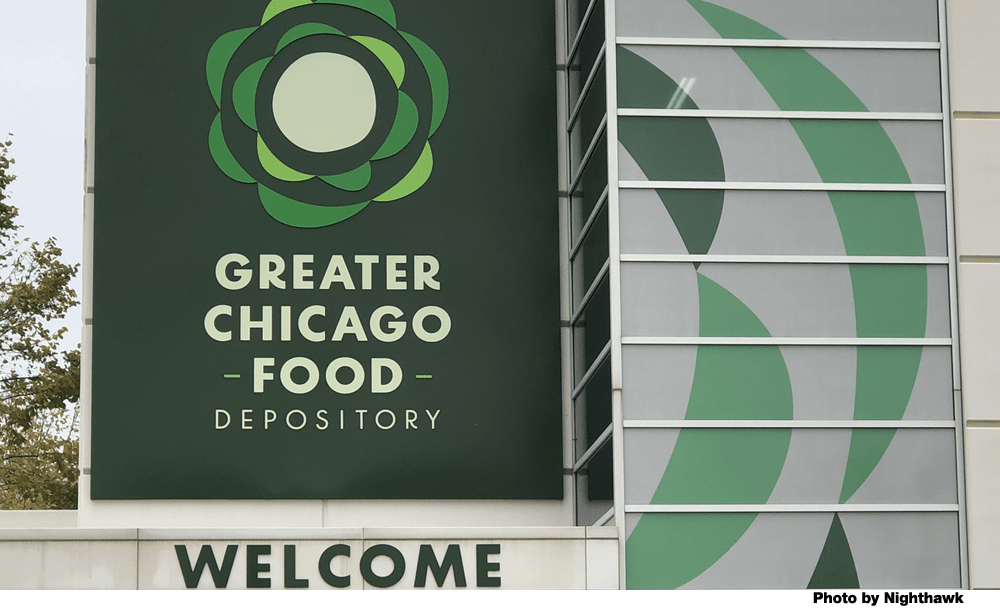 How has the pandemic changed your life? Maybe everything’s the same. You’ve probably, at the very least, thought about some stuff. More than likely, things most people think about every so often have crossed your mind. What are you doing with your life? How much longer do you have? Who’s important to you? Even if you’re fortunate enough to still be working (that sounds strange), lots of places where you used to spend your free time have possibly closed for a short time. Your friends and family probably haven’t been around as much as you’ve grown accustomed to. Perhaps a little extra time has been on your hands recently. You may be someone who has a completely empty schedule these days. Whatever your situation is, things are a little different now than they were about a year ago. A WHOLE FUCKING YEAR. Wrap your mind around that one.

Helping others is a wonderful thing to do. You just have to find something that interests you.

So what’s there for you to do? I’m not implying you should clean the garage (if that applies) or start taking walks. Things like that are okay, but let’s go beyond that. While I do hope you’re healthy, get serious. You have time to kill, and you wanna do housework? Or take a boring ass walk? Wouldn’t you rather do some volunteer work? Of course you would! Helping others is a wonderful thing to do. You just have to find something that interests you. Then, you’ll be donating your time as though you have nothing better to do. And you don’t, do you? I’m gonna share with you some of my experiences in this department. Maybe it’s the push you need.

When I was nineteen years old and living in St. Louis, some friends of mine were planning to donate blood to the American Red Cross. Back then, many of my summer days off work were spent driving around aimlessly. One of my friends had a parent who worked at the Red Cross. I think that was pretty much why they were going. Anyway, I figured I’d tag along. We were just gonna goof off after that. I’m fairly certain I hadn’t given blood up until that point. My memory also fails me to recall anything about the donation, but I did become a regular donor. They got lots of my blood for a long time. That night, I’m pretty sure we saw Teen Idols play. In the year 2000. Conan and Andy? Anybody?

How does blood donation sound? The needle’s only in your arm for five to ten minutes, and they give you snacks and drinks when you’re done. And because you’re down a pint, you can get drunk faster afterwards. You’re told to wait for so many hours, but whatever. Altogether, it’s not too bad as far as nice things you can do.

If you think you can handle it, you could step up and donate platelets. I did that at the end of last year. When I would donate whole blood, there was usually someone sitting there hooked up to a machine. Platelet and plasma donations take much longer than regular blood. Some platelet donations are given to organ recipients and cancer patients. Platelets also don’t have much of a shelf life. The entire donation process takes about two hours. Most of the time, you have a needle stuck in each arm. Your blood is drawn out of one arm, goes through a machine, platelets are separated or removed or whatever, and the blood goes back in your other arm. I just realized that I have no idea if you can donate platelets if you only have one arm, or are armless. You might wanna ask them about that. Something might still be possible.

Both of my arms started to hurt towards the end of it. If I gave again, it wouldn’t be for a while. I think platelets are much more needed than whole blood, so that’s unfortunate. Although I’m sure at this time, they’ll take anything they can get. I think there are one or two more things you can donate to the Red Cross, in addition to what I’ve mentioned here. After just one attempt, I think it’s safe to say I’m more of a whole blood guy. I was able to watch Cape Fear on the little TV that was attached to my chair though. That was cool.

About ten years after I got into the blood game, a friend of mine mentioned his Little Brother. I was intrigued, and inquired with the Big Brothers Big Sisters of America. Fast forward a short amount of time, and I had a little dude to bum around with.... We did cool stuff like ride go-karts and play miniature golf, and went bowling.

Don’t wanna take a trip down blood alley? You’re not alone. Do you like kids? Do you have any, and want to hang out with another one? If so, consider becoming a Big Brother or Sister. About ten years after I got into the blood game, a friend of mine mentioned his Little Brother. I was intrigued, and inquired with the Big Brothers Big Sisters of America. Fast forward a short amount of time, and I had a little dude to bum around with. Maybe you have friends like I do, and they’re already involved in one of these programs. Ask around. Getting started with this one was a little bit involved. I had at least one interview and went through a background check. After that, I met with the kid and his mom. His sister and her potential Big were there also. Their mom signed both of them up at the same time. Smart move.

I had fun doing this. We did cool stuff like ride go-karts and play miniature golf, and went bowling. Sometimes I’d pick him up, and we’d just go to a park and then get something to eat. We went to the zoo a few times. I always asked him to decide what we were gonna do. He was pretty shy about that most of the time. It was understandable since he was only seven or eight years old when we met. I tried to spend time with him once every month or two. We got along pretty well.

Someone from the organization called me to see how things were going once in a while. Blah, blah, blah. Lots of events were always happening where other Bigs and Littles got together, but I wasn’t interested. We did get tickets to a St. Louis Rams game once. That was a good time. After about five years, I lost touch with his mom. The woman who checked in on us did, too. Little man had a cell phone by this point, but I didn’t think I needed to contact him. Not too long after, I moved to Chicago. So that was kind of that. I haven’t done anything with BBBS up here, but thought about it. Right now might not be a great time, but they would know more than I.

In the four years I’ve lived in Chicago, a few different ideas about helping others have bounced around in my head. One place that I still want to give time to is Meals on Wheels. Something about it has always intrigued me. Old timers gotta eat!

Speaking of eating, last summer I volunteered at the Greater Chicago Food Depository. I’d heard some mention of it on the radio and decided to visit their website. Signing up was easy. I picked a time that worked for me and went down on a Saturday afternoon. After watching a short video about the food bank, I was in a room with around thirty people. We were split into two lines. One repackaged apples while the other did the same with oranges. I was at the end of one of the lines, stacking boxes of fruit onto pallets. After a few hours, we were done. Some months later, I volunteered again. That time, I put labels on boxes of bread. Both visits went fairly well. It’s past time for me to help out again. If you don’t like needles and don’t wanna hang out with someone else’s kid, this one might be what the doctor ordered. If not, there’s one last stop on the charity train.

I walked around for a couple hours picking up trash. Several people who were just hanging out at the park thanked me for what I was doing. That was nice.

We find ourselves at a city park. Outside and enjoying the scenery, there are worse ways to spend your time. Last year, I started hearing chatter about cleaning parks in Chicago. After a quick online registration, I was ready for a cleanup event. A couple people at the site provided me with a pair of gloves, a trash grabber, and a trash bag. I walked around for a couple hours picking up trash. Several people who were just hanging out at the park thanked me for what I was doing. That was nice. The initiative is called Pitch in for the Parks! and was launched by the Chicago Parks Foundation. Even though it was late in their season, there were still several dates and parks to choose from. I’ll definitely do it again.

There was one other way I attempted to contribute to society recently. Through the Shedd Aquarium, I was scheduled to help with one of their Action Days on a Saturday at the beginning of this year. A couple days before the Woodland Habitat Restoration was to take place, I got an email saying out of an abundance of caution, the Cook County Forest Preserves had canceled all workdays until further notice. Maybe it was weather-related; I don’t know. And since it didn’t happen, I really don’t know what work would’ve been done. According to their website, I would’ve been making a positive difference for amphibians and other wildlife. This would’ve been performed by cutting and burning invasive brush to make room for native flora and fauna. Their words, not mine. That sounds pretty rad. While working on this column, I did see that they’re back at it. I guess it’s time to reschedule.

We all need different types of help. The environment and its nonhuman creatures need help, too. There are so many ways you can get involved. Bring someone you feel comfortable with if going by yourself isn’t how you want to do it. Hopefully reading this has gotten you thinking at least a little bit about doing something for someone else. Take care.