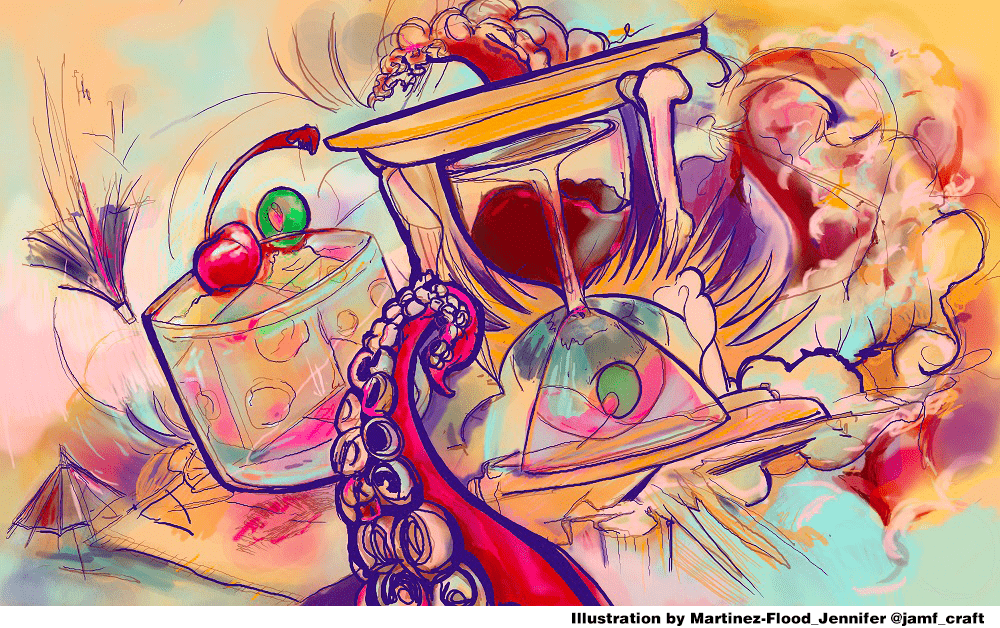 I like to think I don’t have a problem.

I wonder how many well-meaning folks have said that before coming to terms—usually after what’s considered their “rock bottom”—with the fact that they do, in fact, have a problem.

But I still don’t think I have one—I have many, some may even consider them micro problems, but I don’t have the “big” one.

What I’m trying to say is I’m flirting with sobriety.

This isn’t the first time I’ve touched on this topic. And that alone should be a sign of its severity, yet here I am again. I’ve done a few self-imposed alcohol breaks or “dry months,” if you will. They’ve mostly gone off without a hitch, except for a few special occasions, weekends, or particularly rough Thursdays where I’ve given myself a “break” from my break. But there hasn’t been a low point for me, no definitive moment that’s made me reach out for help. Instead, it’s a culmination of things and an understanding that low points are unique to each individual.

Trust me—it took a while to learn that. So often, I’d compare myself to others—sure, sometimes my weekend indulgences would border on excess, but at least I wasn’t drinking on weeknights. Sure, I’d drunk more than I intended to, but I wasn’t driving. Yes, I meant not to drink at all, but at least I didn’t start a fight, get sick, or make a total fool of myself. There’s always something to compare it to that’s worse, but what about the things that could be better?

I wasn’t having headache-pounding, nausea-inducing regular hangovers (which, to be fair, was also a concern in regards to my tolerance). Instead, I was having regular bouts of hangxiety, which was like regular anxiety with a few dashes of bitters. Even on nights that were undoubtedly fun, I’d agonize over everything I’d said and done, I’d worry about having been too annoying, too loud, too much. I’d worry that people would only associate me with alcohol. And I’d vow to not let myself get that carried away again next time.

You never need a mile marker to start making changes, but I like using beginnings as chances to restart.

After that loop continued for a few consecutive months, it finally hit me that maybe this is the end of my rope. You never need a mile marker to start making changes, but I like using beginnings as chances to restart, and so on August 1 I set out to start off on a path of sobriety. Not for a dry month, not for a drinking sabbatical, but just until further notice. My intentions weren’t to keep myself isolated or take a monastic-like approach to a life of depravation. I was going to do things as always, just without drinking.

This proved, much to my dismay, to be easier than I anticipated. I mentally braced myself for all the questions as to why I wasn’t drinking, offering up my reasoning before I be asked (lest I get hit with the dreaded pregnancy question). I expected people to find me dull and not invite me places. I braced for impact in the form of a radically different shift in friend groups and interests.

This didn’t happen. Instead, I just fully allowed myself to enjoy every moment. Find things new to enjoy, various places to go. Expand my social circles with folks with other similar interests. I travelled solo, spent two weeks on my own in another state, enjoyed numerous concerts and local shows (some even at my favorite bars), went to two weddings, weathered rough days, celebrated good ones, enjoyed birthdays and Halloween, and even developed a taste (in moderation) for non-alcoholic beer. Weekends were back in my control. My life was back in my firm grasp.

Comparing myself to others did help, however, when it came to following their sober journeys. I didn’t want to best them or be like them, but it helped create a pathway to knowing that it was possible. Not just possible, but even a little bit cool. I’m seldom the coolest person in the room or the life of a party, but when I can hold an enjoyable conversation, throw out a joke that lands, or make someone smile by being my raw, unapologetic self, that high is far better than the buzz of liquid courage.

But with the good comes the, well, not so good. The hangxiety is gone—but the regular ol’ bad brain anxiety remains. I don’t need alcohol to cope—I never really did—but a spiral can happen even without beer or bourbon. A nasty remark, bad vibe, or a negative outlook from another imposed on me is like the first shot that starts a night of many bad decisions; it’s the spark that ignites the flame of negative thoughts that chip away more and more until I’m dizzy, depressed, nauseous, and tired. I fixate on those words and actions instead of my own. These things are harder to take breaks from. These things are not in always in my control. But I will find a way to manage, if I can do this thing that seemed impossible, I will find a way, some way. Someday.

So what has my time with sobriety taught me? That alcohol both quiets and riles up the nasty thoughts in my brain—but removing alcohol doesn’t make them go away, either. When the disrupter of alcohol is eradicated, my own brain still does a bang-up job of feeding me negative, intrusive thoughts that get me drunk on their bullshit.

…And absolutely none of that means I want to give up on this endeavor. Sure, I could walk away from this with the hypothesis that alcohol isn’t the problem, it’s me. But why would I want to make a problem worse instead of facing—of my own volition—the issue head on and working to make it better? Putting myself firmly in the (designated) driver’s seat and steering myself in new and better directions, studying each curve, lane closure, and roadblock along the way. Learning more about myself with each turn.

It’s not just about alcohol. It’s addition by subtraction.

It’s not just about alcohol. It’s addition by subtraction. It’s about constantly evolving and learning and trying new things, even if the “trying” means stopping or lessening. It’s removing what hurts me and filling it with what brings me genuine joy, however and wherever I can find it. And it’s about learning how to receive true joy that isn’t bought or ingested and loving and appreciating the people who stand by me every step of the way.

I’ll drink to that.


Jamie L. Rotante is a writer/editor/proofreader/mentor/Jill of all trades, so long as those trades involve words. She works full-time as the Senior Director of Editorial at Archie Comic Publications, Inc. and has also written a number of series for the legendary company. She enjoys doing hands-on work with youth, teen, and mental health organizations, and doing all she can to make people smile. She’s also a recently converted wrestling fan and would love to talk your ear off about it if you’ll let her. She is proud to call the near-outskirts of New York City her home, where she lives with her husband and their small-yet-thriving window plant collection.