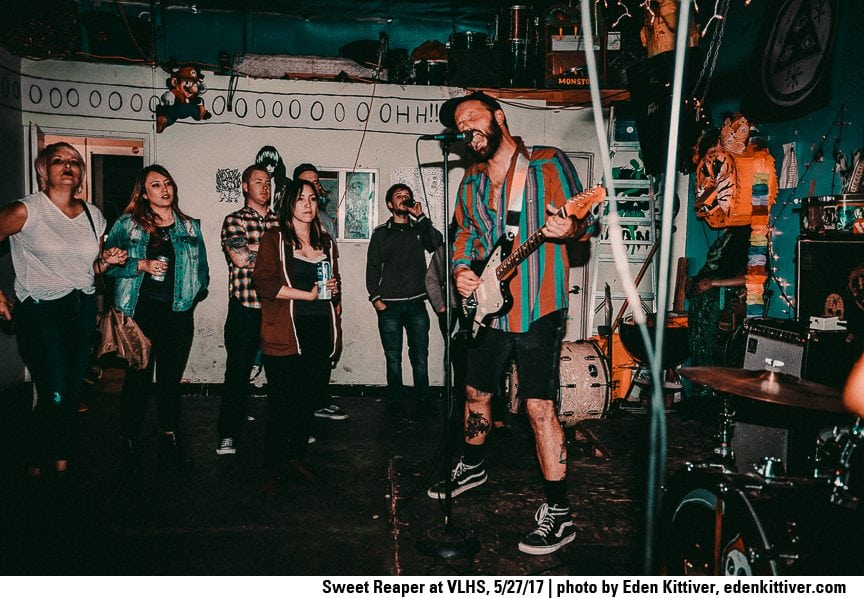 I didn’t know anything of Sweet Reaper before seeing them at this show, but Marty (The Party’s Over Productions) always books the coolest bands, so I was excited to see them. I really don’t think there’s anything much better than discovering cool new music at a show.

The trio is pretty hard to find on social media, but their performance at VLHS was enough to turn me into a fan. The band played a couple new songs, and a couple from vocalist, Seth Petterson’s 2015 solo album under the same name—Sweet Reaper the band is essentially spawned from Sweet Reaper the album. Both projects have a similar “surf-punk” vibe that makes you want to drive around with the windows down.

Unfortunately, Sweet Reaper only has two songs online until their debut LP is released this Autumn. In the meantime, check out Sweet Reaper the album.