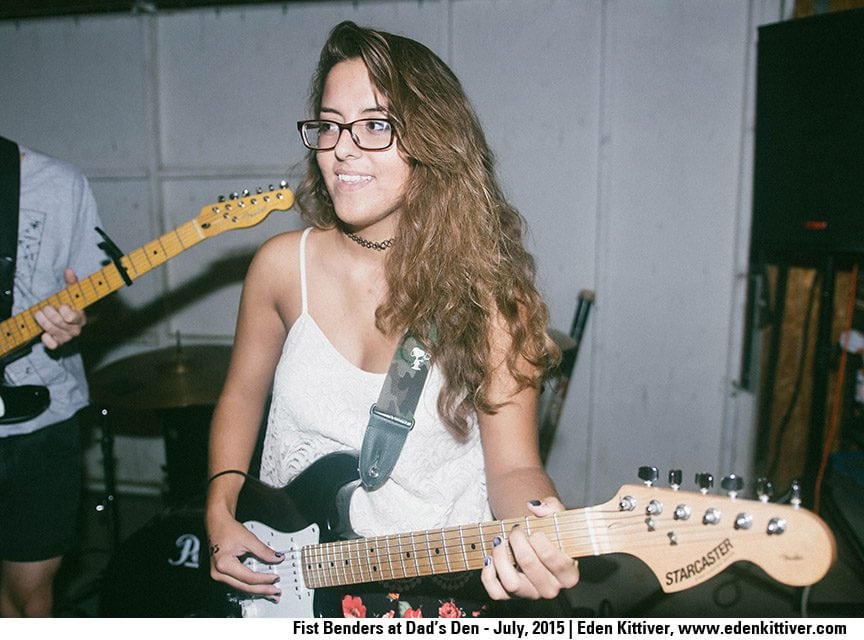 All summer long, I’ve been traveling the country on Warped Tour with Bad Cop/ Bad Cop, so I haven’t had a chance to shoot DIY shows at all. Because of this, I decided to go through the archives for this column and found this old shot of Fist Benders from 2015. Fist Benders was one of those bands whom I met before I listened to the music. Then I fell in love with the music and didn’t have a chance to see them live for months. But two summers ago, I finally had the chance to see them live and sing along!

The show was in my friend Pierce’s garage—a place he called Dad’s Den—and it was the epitome of DIY. Dad’s Den was known mostly for booking hardcore bands, but on this night, a slew of indie pop punk bands were on the bill, including the emo/screamo/twinkle/punk band, Fist Benders.

Sadly, neither Dad’s Den, nor Fist Benders are still operating at this time. Fist Benders played their last show in January last year, but I still keep their 2014 album, It’s Raining, in rotation every once in while and look forward to the day they play a reunion show ten years later.