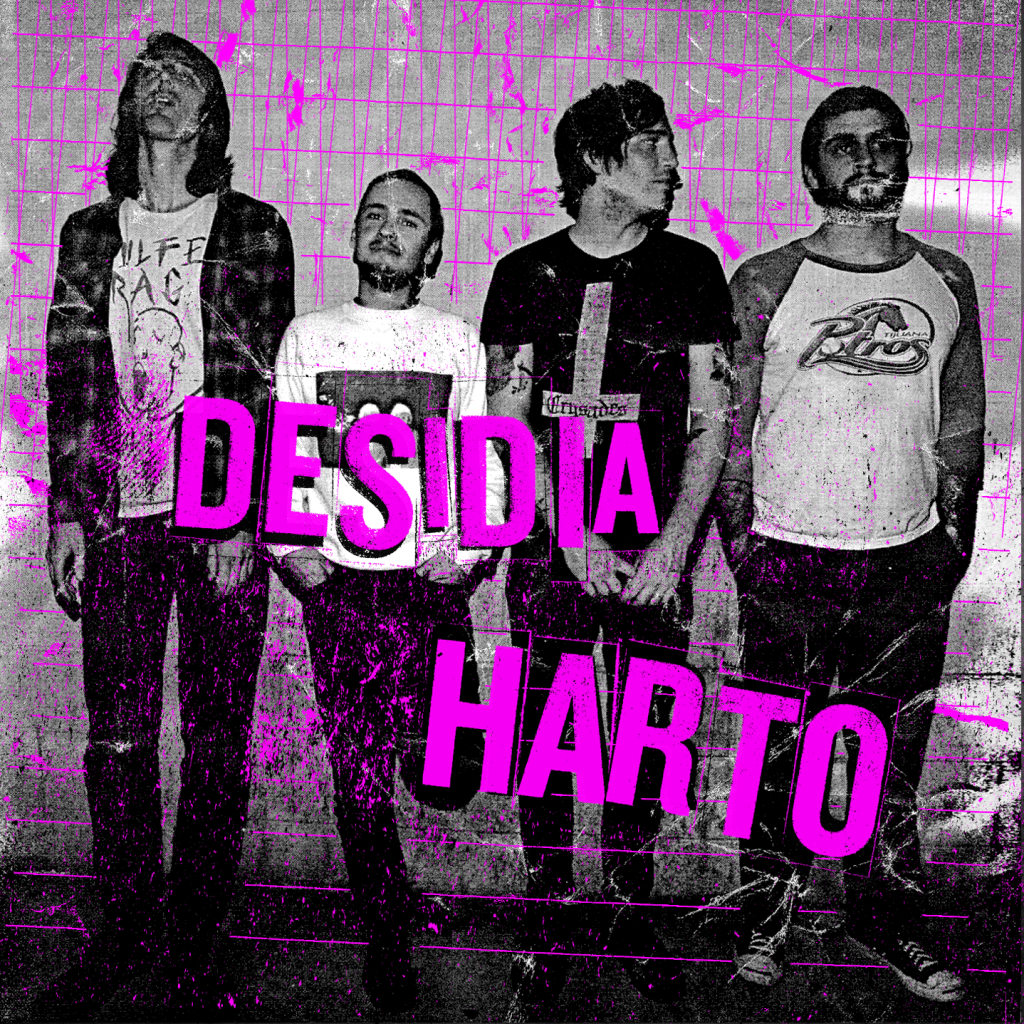 Here is a stream of Desidia's only recorded output Harto. Hope you like it.

Get the high quality wavs over on the Bandcamp page. For free!
https://razorcake-records.bandcamp.com/album/harto

Los Angeles is changing for the worse. Entrepreneurship is displacing the working class, and a new ruling class with money and power is dead set on marginalizing the voices of opposition.

Fewer bands and artists are concerned with issues that matter. DIY punk is more complacent than it's ever been. But there are a few exceptions.

Four friends collectively known as Desidia joined forces to air out their grievances with the city they once loved through seven punk anthems for when the corner bistros and designer ice cream parlors burn down to the ground.

From start to finish, Desidia's outrage and frustration come across loud and clear as if front man—Rene—is berating you, mic in hand, right to your face. The soundtrack is provided by three musical brothers in arms who have all spent time creating chaos in their previous endeavors together such as Bird Strike and Wulfen Rag. The results are seven tracks of unhinged, unpolished punk flying the flag of the early hardcore spirit. Yes, the music is first and foremost punk, but don't be mistaken: those breakdowns could be the cause of several emergency room visits.
Due to ever-changing life situations, the band has decided to commit seppuku. Yes, Desidia is now dead, but not buried, so pay your last respects: download, share with a friend, break some shit but don't hurt anyone.

Recorded live at Golden Beat Recording Studio in Los Angeles, Desidia deliver a hair trigger performance, eschewing glossy bullshit. Restless, furious, confrontational—they administer an adrenaline shot to the heart of So Cal. hardcore, with bent notes, a growling bass punctuated by walloping downbeats, and a bilingual yell that’s a dead ringer for Keith Morris. Desidia know what’s essential. No frills. No pretension. No posturing. Although they harken back to trailblazers like the Middle Class, Weirdos, and the Germs, this isn’t a nostalgia trip, it’s back to basics. Back to what really matters—the anger and the catharsis. Get into it.