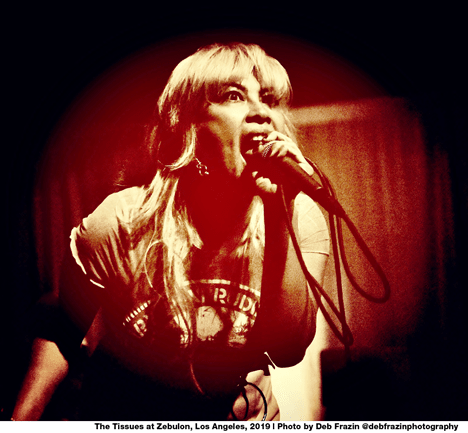 The Tissues have just released their new album Blue Film, and I couldn’t be more thrilled (because they’re one of my favorite L.A. bands). They’ve been working on Blue Film throughout the past year, and their hard work has really paid off. They’ve taken things to a higher level this time—this new album has exceeded my expectations.

I’ve been watching this band evolve over the past few years (I rarely miss their live shows). They have a unique, dark, angsty sound that really stands out from the other bands in L.A. There’s no doubt in my mind that they’re gonna blow up once they start touring to support the new album.

I highly recommend you pick up a vinyl copy of Blue Film ASAP, because it kicks ass (and I think we should always treat ourselves to (at least) one new album every week). In the meantime, check out their brilliant new video “Rear Window” (directed by band members Bianca Ayala and Tara Edwards)!