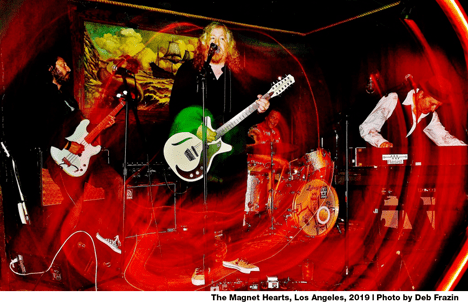 If you dig The Kinks, The Who, Love, Big Star and Nazz, you’ll lose your mind over the debut album Complicated Cats by The Magnet Hearts!

Jonathan Hall is a brilliant songwriter and guitarist, and this album proves it beyond a shadow of a doubt. The skillful musicianship between the four band members is impressive (and I think the thing that really takes it to the next level is the masterful keyboard work intertwined throughout the album). There are many standout songs here, but the one that absolutely blows my brain is “She’s in Action.”

Complicated Cats is one of my favorite albums of the year (so far). Click on the link, give it a listen, and prepare to be delighted!