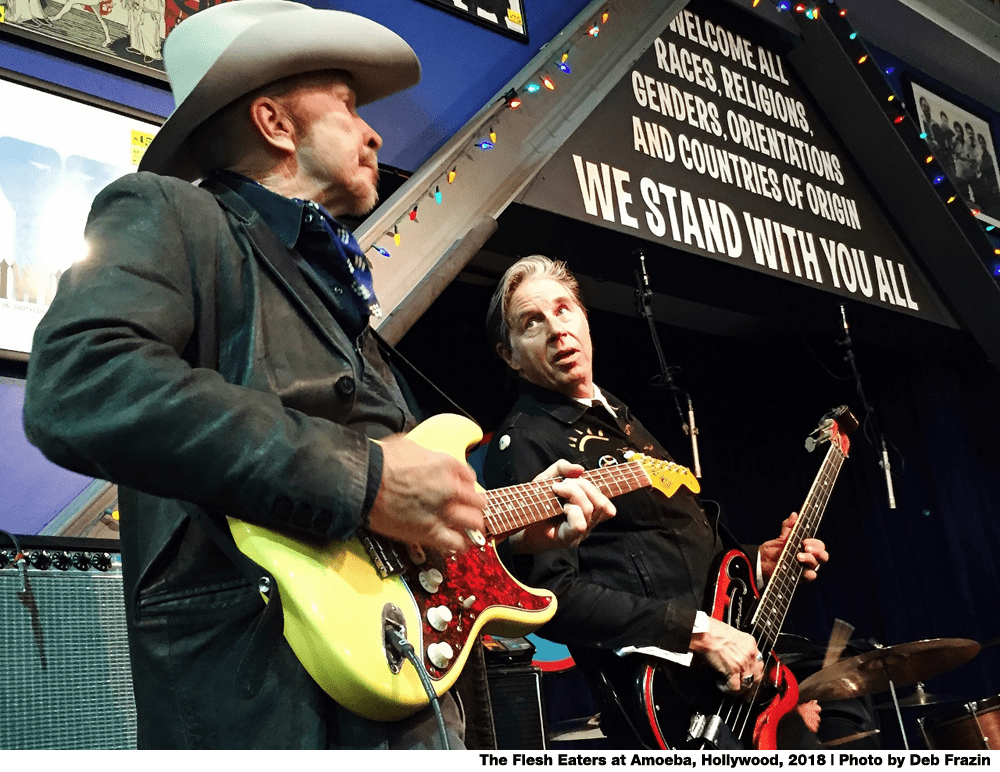 This is a shot of John Doe and Dave Alvin performing with the original lineup of The Flesh Eaters the day their album I Used to Be Pretty was released back in 2018. It was the first time this lineup had played together since 1982.

Chris D., Bill Bateman, Steve Berlin, and D.J. Bonebrake were there, as well as Julie Christensen (Divine Horsemen), who was on hand to sing her heart out on the two new songs written for the album, “Black Temptation” and “Ghost Cave.” It was a very special evening for everyone on stage and in the audience.