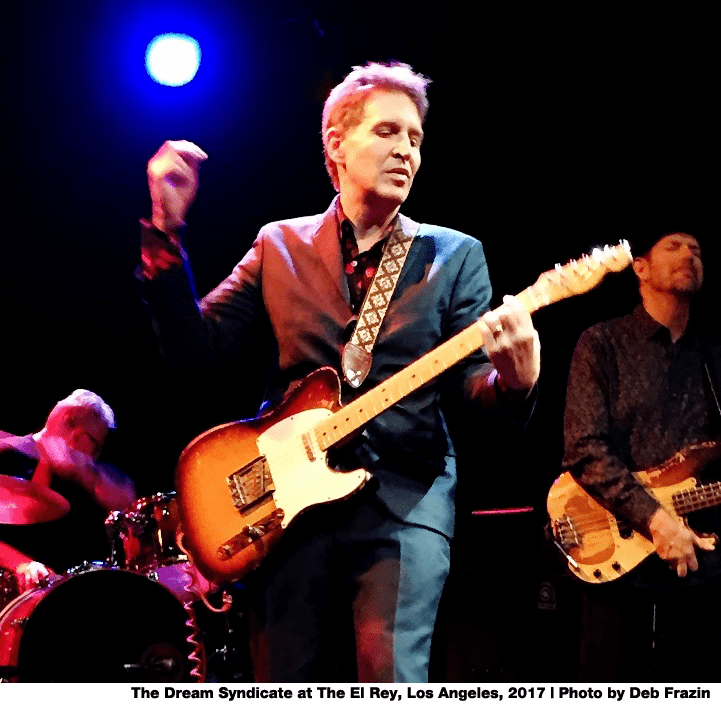 Back in 1982, Ruby/Slash Records released the debut album by The Dream Syndicate The Days of Wine and Roses. It was produced by Chris D. of The Flesh Eaters, and to this day, remains one of my favorite albums.

This photo was shot at a remarkable show at The El Rey Theater in Los Angeles. (The Muffs were supposed to open the show that night, but had to cancel at the last minute.) It was sold out, but I was able to weasel my way up to the front (two cool guys made some space for me). I hadn’t seen The Dream Syndicate in decades, and I was stoked to be seeing them again. They went way beyond my expectations that night. Steve Wynn was on point, and guitarist Jason Victor’s blistering-hot performance that evening practically singed my eyebrows off! An as an added bonus, original band member Kendra Smith came out and sang a few songs. That show was the only thing everyone was buzzing about for the rest of the week.

Take a look at the two songs I recorded that night, and you’ll see what I’m talking about: