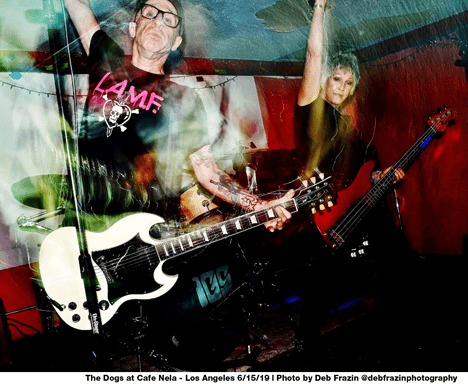 The Dogs was formed in 1969 by Detroit legends Loren Molinare (guitar) and Mary Kay (bass). They played many shows throughout the years with other Detroit bands such as MC5, The Stooges, and The Rationals. Fifty years later, and their records still hold up against the test of time. Not only that, but their live shows KICK ASS. If you’re not familiar with The Detroit Dogs, I highly recommend you pick up a copy of their compilation album Fed Up, fasten your seatbelt, and keep a fire extinguisher nearby, because the music coming out of the speakers will be so blazing-hot, it might set the room on fire.

If you ever get a chance to see The Dogs play live, do not make the mistake of missing them! In the meantime, I recorded a video of the show for you to check out. Enjoy!