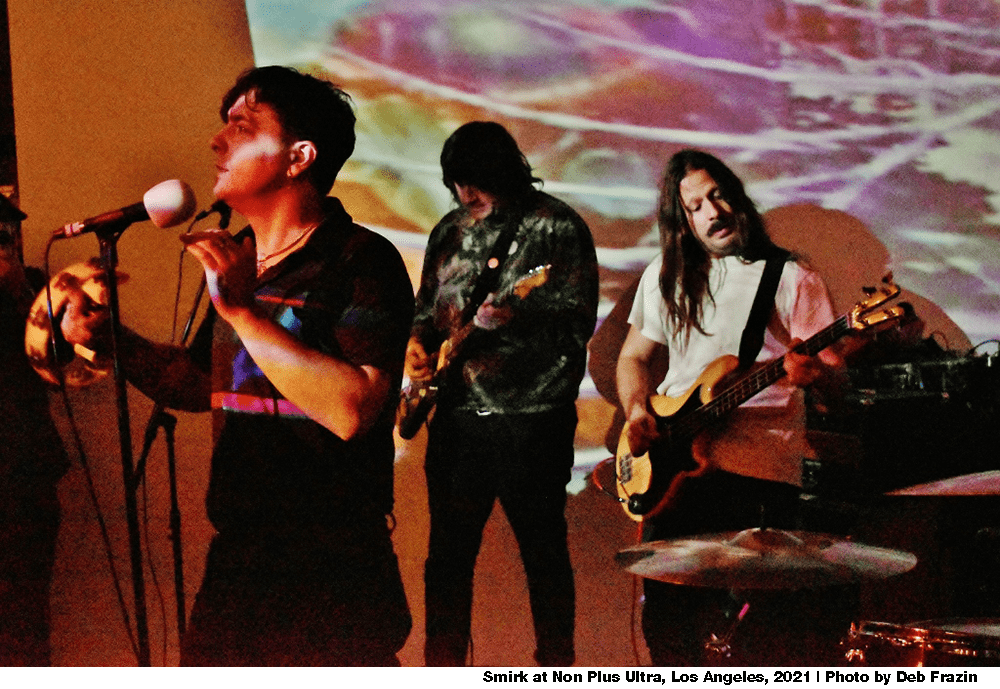 This photo of Nick Vicario (Cemento, Public Eye, Crisis Man) with his band Smirk was shot when they opened for Osees at Non Plus Ultra earlier this month. I stood next to John Dwyer during their set, and Dwyer was more fired up about Smirk than anyone else in the crowd!

I’m a big Cemento/Crisis Man/Vicario fan, so I was super excited to see Smirk at Non Plus Ultra. I’d also heard a few new songs from the new EP, and just knew their set was gonna be hot (and as usual, I was right)!