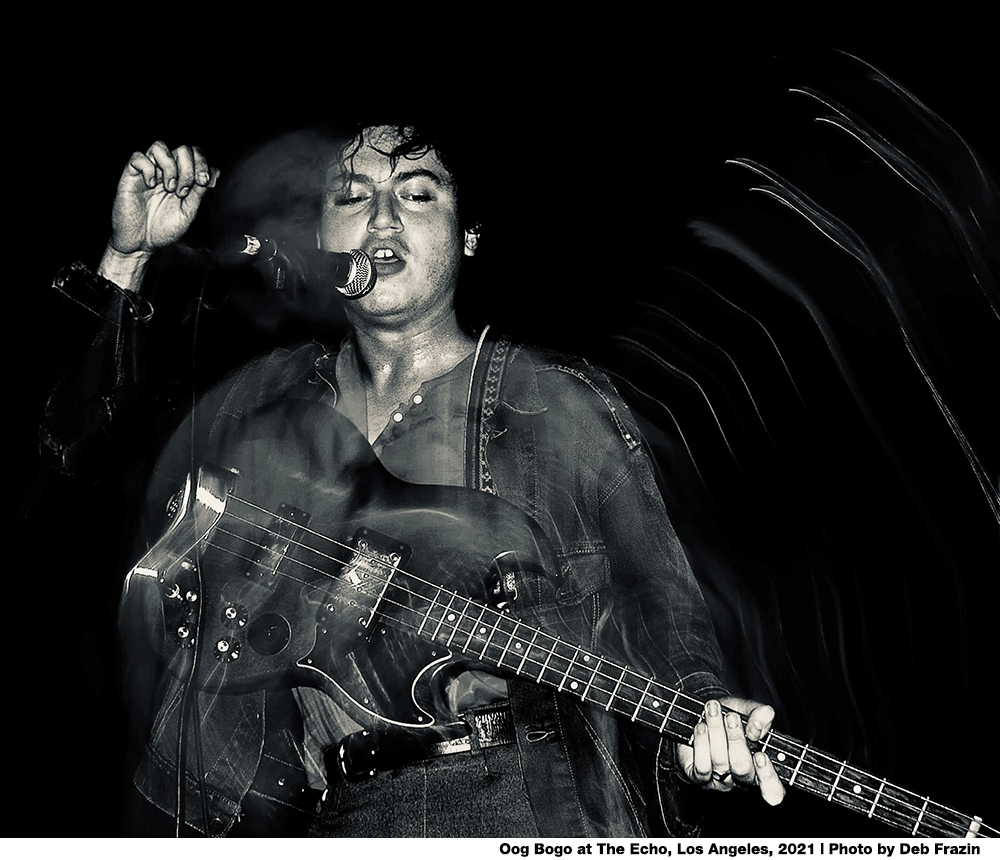 Oog Bogo has been my new obsession lately. Kevin Boog (bass player of Meatbodies) is the brains behind the band. They’ve released two outstanding EPs (the second EP was mixed and mastered by Ty Segall).

Boog has created some innovative, enthralling music that at times has sad, creepy overtones that hit me hard in the gut (that’s when I know I’ve found my new favorite band). Their live shows have a more straight-forward, edgy sound (without the effects you hear on the EPs), but their sets are just as intoxicating as their recorded material. Luckily, they’ve been playing a lot of shows around Los Angeles lately, because I always need my fix. I just can’t get enough of Oog Bogo.

Now smash that link and get some Oog Bogo into your ear holes!