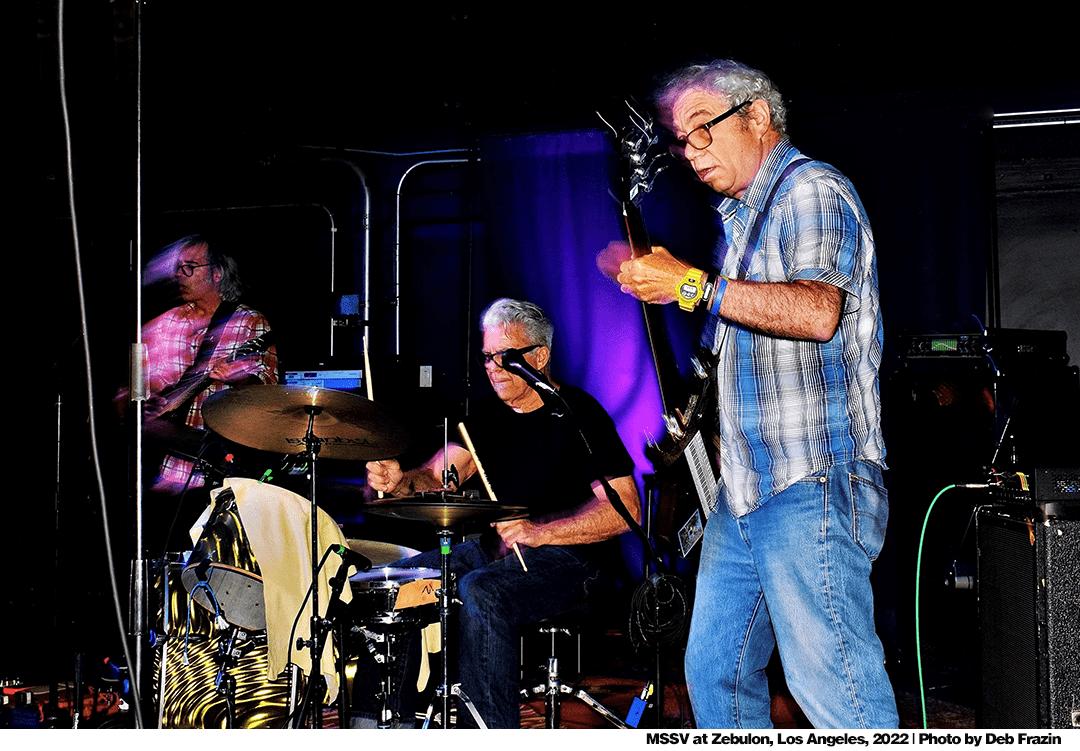 MSSV is an experimental rock band featuring Mike Watt, Mike Baggetta, and Stephen Hodges. I was very lucky to have caught them on the final night of their forty-eight-date “Haru Tour” across the U.S. What an incredible set!

The trio played every single night across the U.S. from March 14 to April 30, and they were probably exhausted, but it sure didn’t show. Whenever I see Watt play—which is a lot—it’s usually a set of Minutemen songs, so it was very refreshing to hear MSSV songs (including a killer encore of The Stooges’ “Little Doll” with special guest Petra Haden on violin).

Because of that damn virus, it had been almost three years since I’d seen my favorite bass man, and this MSSV show was the best kind of Watt fix I could wish for!