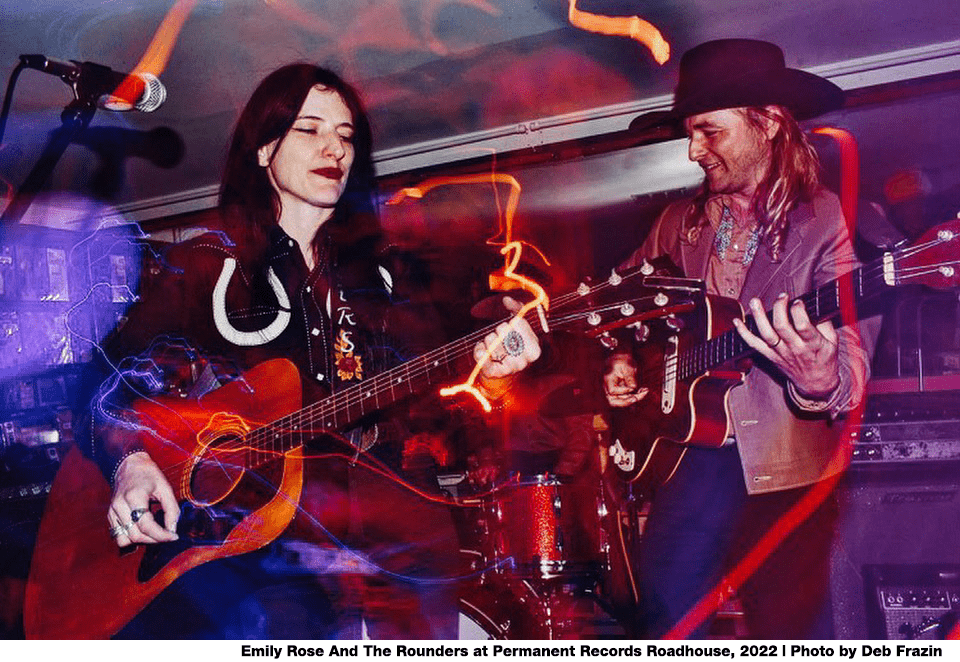 Emily Rose And The Rounders have just released their debut Album on Mock Records, and it’s a collection of country bangers that will shatter your heart in a thousand slivers (that steel guitar gets me every time)!

Emily Rose Epstein played drums in Ty Segall’s band in 2012, then went on to form her own band The Blue Rose Rounders, which eventually evolved into Emily Rose And The Rounders.

This photo was shot at their record release show at Permanent Records Roadhouse last month. Check out the album here: