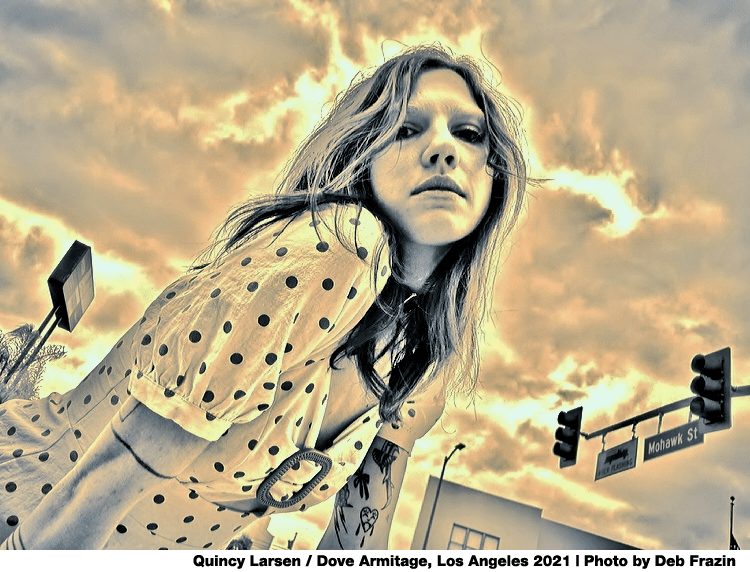 Quincy Larsen (Cat Scan/Kevin) has just released her first solo album under the name of her alter ego: Dove Armitage. The album titled Pegasus is a collection of dreamy, synthpunk songs that instantly pulls you into a dark, hazy headspace that you don’t want to snap out of.

I think it was 2017 when I first met Quincy. A friend and I went to The Monty Bar to see The Schizophonics, but it was the opening band that blew our minds that night. Cat Scan literally exploded onstage for thirty minutes—my friend and I couldn’t stop talking about Cat Scan for weeks. Ever since that show, I’ve tried to catch Cat Scan as many times as I could. Quincy eventually started another side project with Kimi from Draemings called Kevin. Kevin is more of a heavier synthpunk band, and I loved them even more than Cat Scan (something I didn’t think was possible). The first time I saw Kevin (at Echo Park Rising), I realized how incredibly talented Quincy really was.

And now: Dove Armitage. A dark, ambient project that she worked extremely hard on over the past year. Pegasus is a layered mix of weird, captivating songs that I find hard to stop listening to. The first time I heard Pegasus, I played it three times straight through.

Click on the link below, and give it a listen.