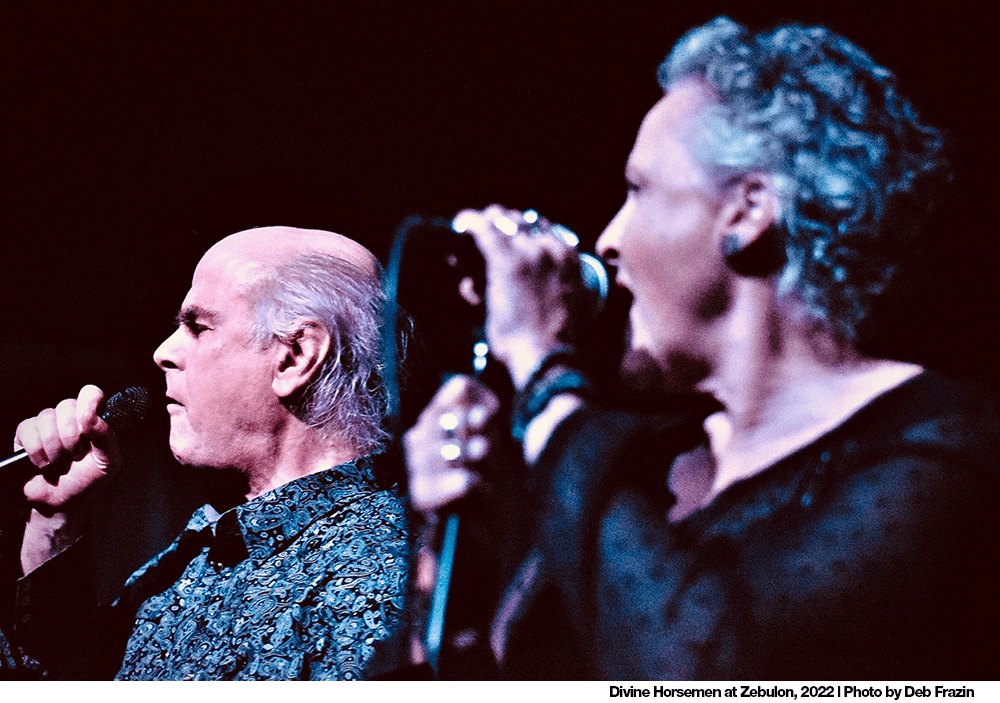 This photo of the Divine Horsemen was snapped at their reunion show in L.A. last week. It was the first time the band had played together in thirty-four years! It was an incredible show!

The room was filled with familiar faces and the band played everyone’s favorite songs, including songs from their new double album recently released on In The Red Records. It was very moving to see Chris and Julie up on that stage together (I must admit that I got a little choked up). The band just finished recording a new album, and it should be released sometime next year!

My favorite song of the evening was their cover of Patti Smith’s “25th Floor.” Click on the link below and check it out!