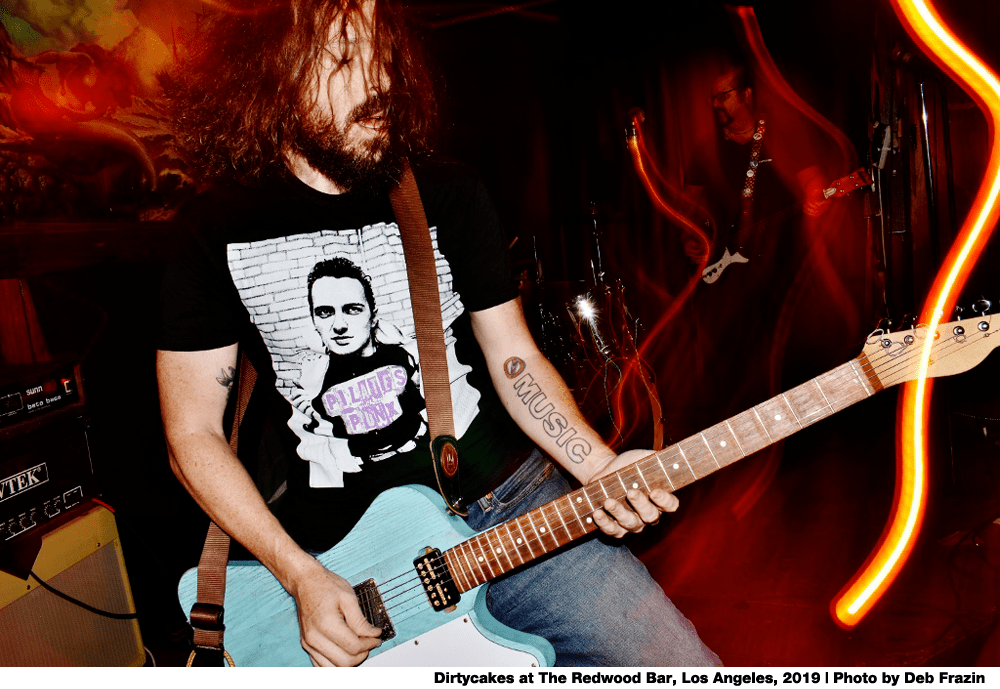 The music scene in Los Angeles has been on fire, and rising out of those flames is a wild, loud, rowdy band called Dirtycakes. They’re described as sounding like a cross between early Nirvana and Black Flag, and I think that description is right on money.

Singer/guitarist/songwriter Charley Beckham Tichenor’s ferocious vocals were the first thing that grabbed my attention when I first heard the band. I like my punk rock wild and untamed, and that’s exactly what you get at a Dirtycakes show. (My head has been grazed a couple of times by Charley’s guitar. The dude’s a beast onstage, so if you like to stand close to the stage, you’ve gotta be on your guard)! When music venues start to open up again, don’t forget to check ‘’em out!

In the meantime, their new song is called “Gimme Some (An Ode to Craving).” You can check it out right here: