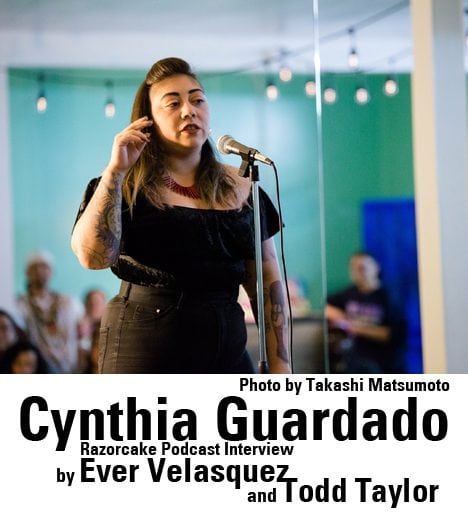 Cynthia Guardado Interview Podcast with Ever Velasquez and Todd Taylor

Cynthia Guardado Interview Podcast with Ever Velasquez and Todd Taylor

Her first book, Endeavor, a collection of poetry, was published by World Stage Press in 2017. The title poem explores the complicated, often conflicting, feelings that arose when the space shuttle Endeavor was slowly driven to its final resting place through the heart of Inglewood. To accommodate the spacecraft’s wingspan, Inglewood lost miles of old ficus trees and was subjected to a rolling blackout as electrical lines were clipped and re-attached in its path.

In addition to the interview, Cynthia reads from both Endeavor and her unpublished manuscript, Cenizas which is firmly rooted in the landscape of El Salvador: the history of the war, the massacres, and processing grief.