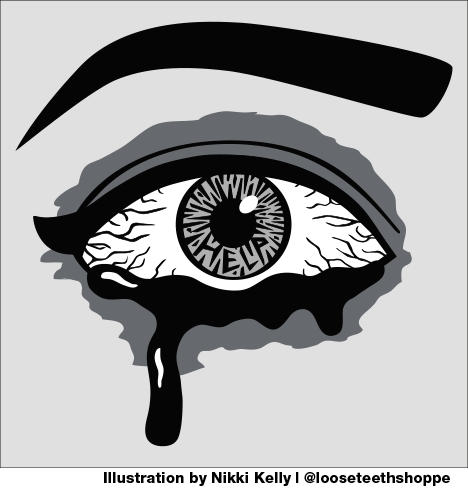 Confronting Abuse: Small Acts of Empathy Can Make a World of Difference by Will Kenneth

Confronting Abuse: Small Acts of Empathy Can Make a World of Difference by Will Kenneth

When I made the trip to Target, I was expecting to leave with maybe some Red Vines and a cheap Spider-Man T-shirt, and not a memory of witnessing domestic abuse that would stay with me for the rest of my life.

When I stepped in line to check out, I glanced at the pair checking out in front of me. A box of tampons sat alone on the conveyor belt. Standing across from the cashier was an older man, and standing outside the checkout line just beyond the cashier was a solemn teenage girl.

Her face was puffy and red, like she had been bawling her eyes out right before coming inside. Her gaze remained fixed on the floor.

Flashing red warning sirens started howling in my brain. “What person would want to be seen in public like that?” I thought.

Instinct told me something was fundamentally wrong with the relationship between the man and the young woman. It also felt instantly familiar. My father often made no regard for my own emotions. He treated my emotions like they inconvenienced him. He used to put me down to cashiers and tellers to boost his own deflated self-esteem before I convinced him to stop. At that point in my life, I didn’t know it was abuse, but I was slowly realizing that I deserved better.

If I was reading the situation right, I knew the man would feel compelled to say something derogatory about the young woman to boost his ego, and I would be ready to confront him.

As I suspected, the man started gesturing to me and the cashier—strangers to him. “Can you believe I have to buy something like this?” he said with the inflection of someone telling a joke, deflecting his own discomfort in the guise of incredulity.

The young woman’s gaze remained fixed on the floor, and the cashier said nothing.

“Yeah, it’s totally normal to be buying tampons,” I said to him, matching the man’s joking inflection while emphasizing the words “totally normal.”

I wanted to emphasize the normalcy of men buying tampons and being comfortable with them. Too often men treat feminine hygiene products like they’re an affront to their masculinity.

After I spoke, he reeled back in discomfort and became viscerally uncomfortable. He didn’t say a word. He didn’t need to. His reaction confirmed my instinct that he had been taking it out on the young woman earlier.

The woman’s eyes met mine for only a brief moment. She was shocked.

I wanted to flash her a confident smile, in the hope that I could tell her, “I understand what you’re going through, and one day you can be free of him, and you will be okay,” without having to say it. I think I did manage a smile, but that moment broke my heart, and I don’t know if I managed one at all.

Her gaze returned to the floor, and as the cashier started bagging the tampons, a million thoughts raced through my mind.

How can I help her? Could I walk up to her and ask if she was okay? Would she want to use my phone to call a friend? Could I pass her a note quickly scribbled on a Target receipt?

But the ultimate one: Could I even talk to her without putting her in more danger? The answer was no, so I stayed quiet, and kept an eye on them as they were leaving.

As they started walking away, I hoped the man would head to the bathroom, giving me a chance to discreetly talk to her, but no luck. No detours. They walked out the door, and I never saw them again.

Since starting my own journey of healing from domestic abuse, my mind plays this story almost daily. No matter how much I tell myself I did as much as I could to help, I still feel like a miner panning for gold in the same sandbox, searching for an overlooked kernel of truth or a solution I missed.

Recently I learned that I did end up helping her through my act of kindness that day, even if I couldn’t protect her in the end.

Confronting domestic abuse in a public space is tricky, especially when you’re witnessing it happen to someone you don’t know. Your options are often not great.

Modeling empathetic behavior is your least intrusive way to help someone. You may be in a position where you can’t stop the abuse, but you can at least show the victim what healthy relationships and communication looks like. Expressing gratitude or showing affection are simple gestures that can make a difference.

After speaking with my counselor, I learned I helped the young woman buying tampons by showing her that adult men, even strangers, can show her respect even if her father figure cannot. I showed her that men do have the ability to treat buying feminine hygiene products like a routine part of life.

I, too, had people in my life who helped me by modeling these positive behaviors, so I can attest that it works.

Moving In and Moving On

In late 2011 to early 2012, I moved to Jacksonville for work temporarily and was staying with my girlfriend’s parents (now in-laws).

Rachel, my girlfriend (now wife), felt conflicted. On one hand, I was offered my first job since starting grad school part-time almost a year earlier. The job was a part-time internship scheduled to last a few months. I would make enough to cover my bills, but I couldn’t afford my own place. When it was over, I would go home to Tampa.

On the other hand, Rachel was afraid that if I stayed with her parents, it could lead to irreparable conflict between me and them.

The only way to make the job work was to stay with them. Fortunately, they were happy to have me, and in my head, I thought, “What could be worse than my dad calling me a ‘fucking asshole’ all the time?”

Years of emotional and verbal abuse taught me some survival skills: withdrawing emotionally, avoiding attention, et cetera. I knew at least I would be fine.

After the first few weeks, I was shocked that Rachel’s parents never started mistreating me. They never stopped offering me dinner every night or inviting me to do activities with them. We had a few disagreements, but it never resulted in insults or manipulation.

Of all the lessons I learned in grad school, I never expected to learn that someone else’s parents could treat me better than my own father. I don’t think that was something I would have fully understood until I stayed with my in-laws.

In fact, my encounter with the young woman buying tampons happened while I lived with my in-laws. Staying with them may have given me the tools I needed to stand up to the person abusing her.

Other Ways to Help

Of course, you don’t have to be idle while abuse happens. You could take action and either call the Department of Child Services (DCF) or dial 911 in an emergency, but I would recommend caution with those.

Even calling DCF could get police involved. Consider the family’s situation first. If you’re dealing with someone whose residency status might be in jeopardy, or if police discover criminal activity, the police could put the abuser in jail, which might end up taking away a source of income for the family. You may not want to be responsible for putting the family in a different kind of jeopardy than the one they were in before.

On the other hand, DCF’s goal is not to break up families. They’d rather ensure that parents get the skills they need to not be abusive. On top of that, just having DCF monitor families may be enough to stop abuse once those abusers know someone is watching them.

Unfortunately, if you see abuse happening to strangers, there’s not much DCF can do stop that. You’d have to know who they are or where they live to report it.

None of these are perfect solutions, and any of these actions include some level of risk of making things worse. I’d love to tell you catch-all solutions exist, but they don’t. You have to use your judgment. The best thing you can do is to model sympathy and empathy, and show patience to strangers and people you love equally. You may help someone more than you could ever know.