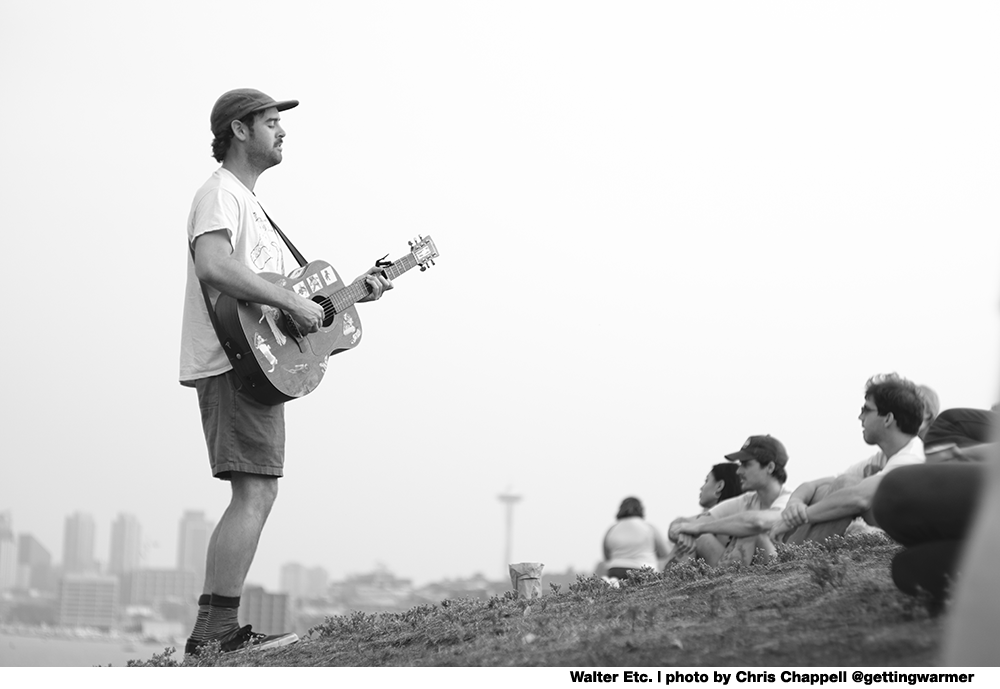 On August 13, 2021 Walter Etc. played for around one hundred Seattleites cozied up on blankets in the city’s iconic Gasworks Park. This last summer in Seattle was rough. It felt like we only had several weeks of beautifully sunny Seattle summer before record-breaking heat waves and smoke from nearby wildfires invaded the city.

This Walter Etc. show was at the tail end of an especially rough bout of smoke which kept us trapped in our homes as the air quality was deemed “unsafe.” Luckily, the smoke was starting to recede on the day of the show, so I ventured out to see some friends, enjoy some tunes, and mostly, not be cooped up in my apartment.

The venue could not have been better. The musicians played on a hill with views of the easily recognizable rusted metal structures of the park, Lake Union, and the Seattle Skyline (Space Needle included!). Dustin (Walter Etc.) charmed the crowd with stories and jokes about passing pirate ships. Yes, a pirate ship floated by on Lake Union and drunken passengers cheered at show attendees. Needless to say, it was a lovely and much needed musical experience.