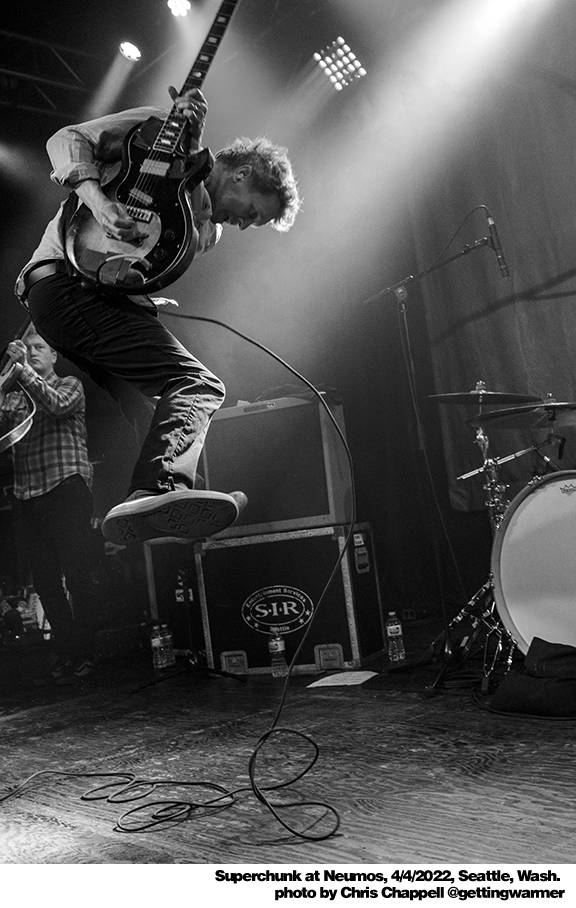 I had high expectations for Superchunk’s show in Seattle at Neumos. They’re a band I got very into a few years ago after catching their mic-dropping set at The Fest in Gainesville, Fla. At a festival full of some of the best young or mid-career punk bands, Superchunk stood out as a band formed thirty years ago. Despite their tenure, their live set had enough energy to power an electric vehicle.
Since that show I dug back into their raw early material and surprisingly epic post-reunion albums. Five years later, at Neumos in Seattle, they exploded on the stage with the same energy in a blistering twenty-one song set heavy on their new album Wild Loneliness but also touching on their entire career. I don’t think there was a moment where singer Mac McMaughan wasn’t either singing or bouncing around the stage. Superchunk’s backed up by one of the best rhythm sections in the game, Jon Wurster and Jason Narducy, and riff perfection coming from Jim Wilbur.