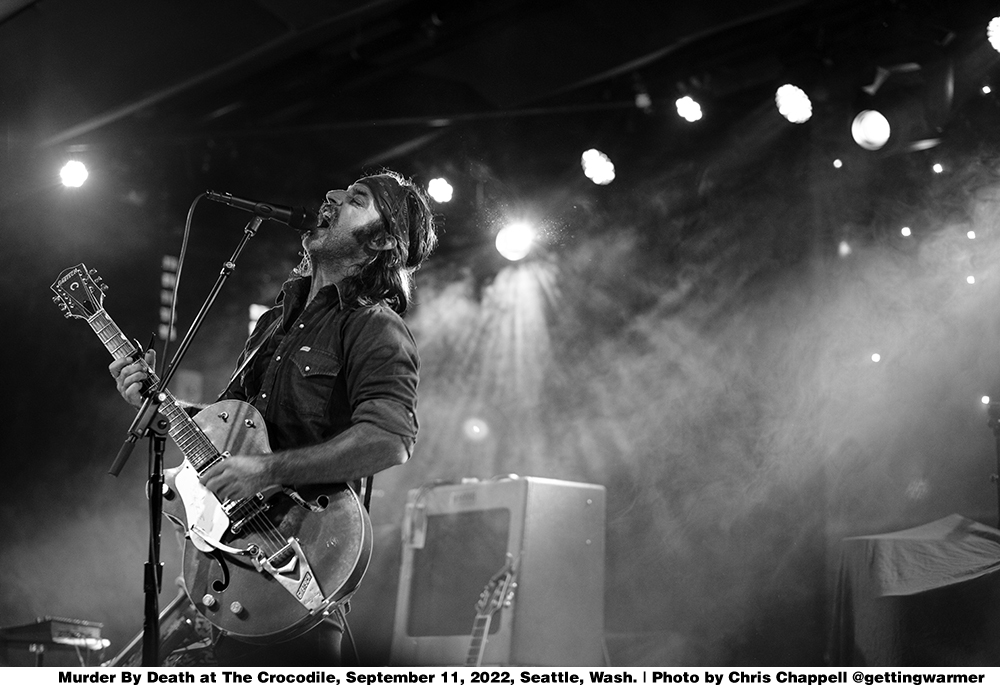 Murder By Death has earned my respect. They’ve been putting out albums since 2002, have toured with bands of all genres, but have stuck to their unique brand of gothic folk rock. The thing about MBD that blows my mind is that they’ve developed such a devout fanbase they’re able to crowdfund new albums rather depend on traditional methods of funding recording. This is a model that, in an ideal world, could be replicated by other bands looking for a more DIY approach to releasing music which is not dependent on the music industry.

Their live shows are the stuff of legend. Despite the somber mood of many of their songs, there’s an undeniable fierceness that draws you in. Frontman Adam Turla plays guitar like he’s in a hardcore punk band and every word he sings has a profound sense of urgency. That urgency and intensity is thrown right back at Turla by a sea a Murder By Death devotees screaming every line.