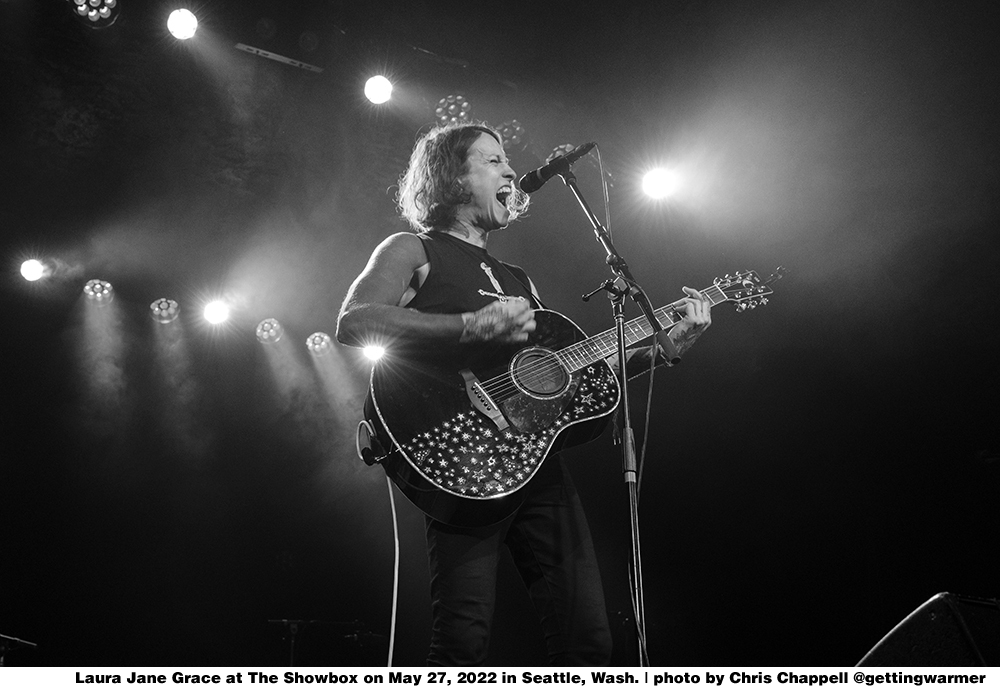 My relationship with Laura Jane Grace’s music has been complicated over the years. On the fence between love and hate. Thankfully, as I’ve gotten older, I landed on the right side. As a teenager, Grace’s music in Against Me! shaped my politics, ethics, and aesthetic. If my friend, David, had not sent me “Baby, I’m an Anarchist” on AOL Instant Messenger, I would be a completely different person. Against Me!’s third album Searching for a Former Clarity (an album that I consider my generation’s London Calling) was a revelation for me in terms of how thoughtful political punk could be.

Seeing Laura play in Seattle on May 27, 2022 at The Showbox in Seattle gave me a whole new appreciation for her songs. She was having so much fun and that energy spread through the audience. Grace performed songs from across her deep catalog—Against Me! Tracks, to ones off recent solo albums, and even “Harsh Realms” off her underrated 2008 EP, Heart Burns. Seriously, there are some bangers on that release.

The part of her set that got me stirred up was when she played “Tonight, We’re Gonna Give It 35%.” It’s one of my favorite songs from the now twenty-year-old Against Me! EP The Disco before the Breakdown. I couldn’t help but scream along to the final line of the song, “If you had told me about all this when I was fifteen, I never would have believed it.” If you would told fifteen-year-old Chris that at thirty-two he’d be taking photos of Laura Jane Grace and writing about her for Razorcake, he never would have believed it.