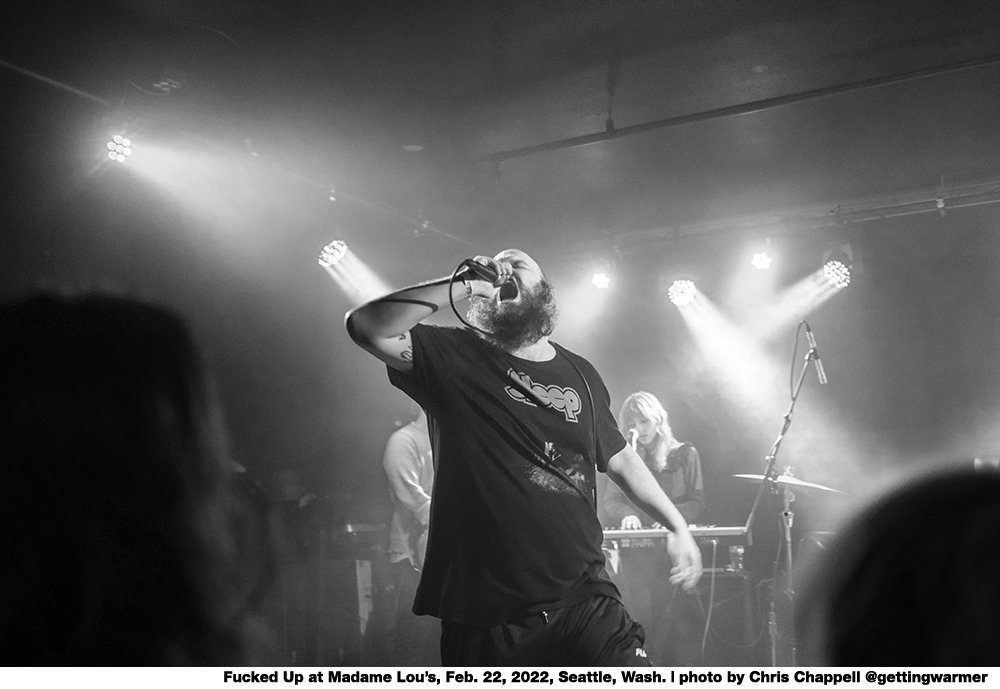 Getting to see Fucked Up has always been special for me. The first time I saw them was back in 2010 at Chaser’s in Scottsdale, Ariz. This was around the time when the immigration issue in Arizona was very hot as the state legislature passed SB 1070. This extremely racist bill put a target on the back of immigrants in the state and padded the pockets of the private prison system. A group of popular rock and indie musicians formed the Sound Strike in response to this bill, vowing to not play Arizona until the bill was overturned.

Fucked Up did not like the idea of this strike and very publicly came out against it. They thought it would be better to show up for the folks in Arizona who were fighting this racist legislature. Their set at Chaser’s was their show of solidarity. They even brought out No Más Muertes, a group who provides direct aid to those crossing the border through the brutal Arizona deserts, to table and pass out literature at the show. Their set was wild—an energy I’ve never witnessed before. The raucous crowd went especially off when they brought on stage MK-Ultra singer Frank Hanney to cover “Nervous Breakdown.”

Seeing them perform their classic David Comes to Life (all seventy-eight minutes of it) brought back fond memories of that show at Chaser’s. They encored with the track of the same name from Hidden World. I felt the same excitement I had seeing them back in 2010.