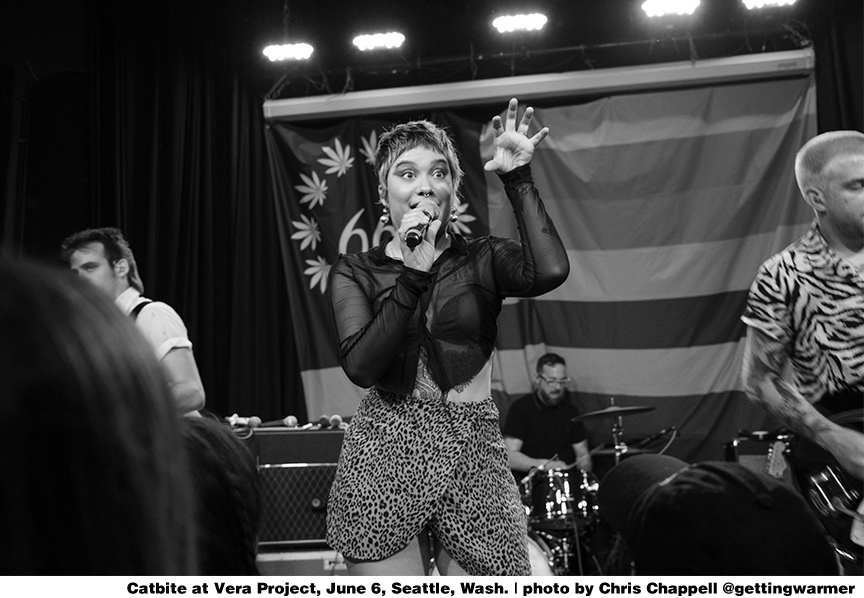 After years of hearing friends hype up the band Catbite I finally got to see them open for Jeff Rosenstock and Chris Farren. Being the first of three on a bill with two musicians who are known for incredibly enthusiastic live sets is no easy feat. Not only did the ska quartet from Philly live up to expectations but I have no doubt that after the first song every single person in the room fell in love with this band. I would describe their set as a “non-stop trill ride” involving sing-alongs, a perfect No Doubt cover, the keyboardist swinging his keys around, and a lot of heart and passion for the music. A highlight was the crowd participation during “Scratch Me Up” where they got the crowd to scratch the air during the chorus (pictured). Catbite went from a “band I guess I’ll see eventually” to a “band I won’t miss again.” Don’t sleep on seeing Catbite if you get a chance, you won’t be disappointed.