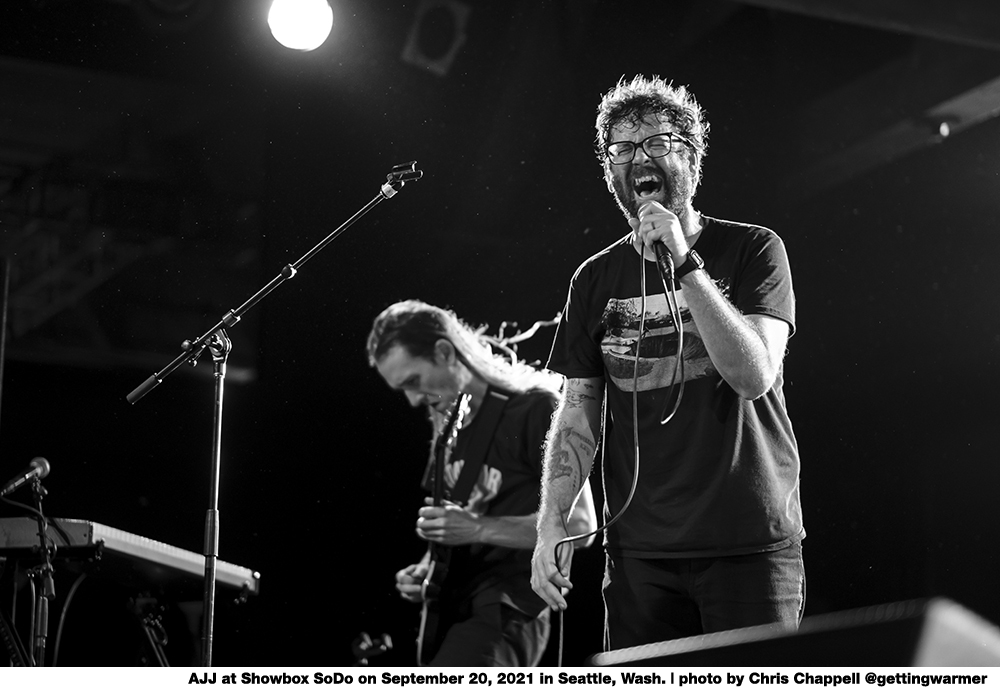 Between 2007 and 2010 in Phoenix, Ariz, AJJ played out a lot so I couldn’t tell you the number of times I’ve seen that band. I can tell you that seeing them at ShowBox Sodo last September was something pretty special. Initially, they were supposed to play back-to-back shows at the new Crocodile but due to a delay in that space opening, they played the much larger room one night. Of the many iterations I’ve seen of this band, this one felt the most dynamic. Through their set of old and new songs, they swapped out instruments with ease while keeping the enthusiastic crowd engaged. The highlight was watching kids in their early teens signing along—they had masks on, but you could still tell—to “Body Terror Song” off their latest full length Good Luck Everyone.