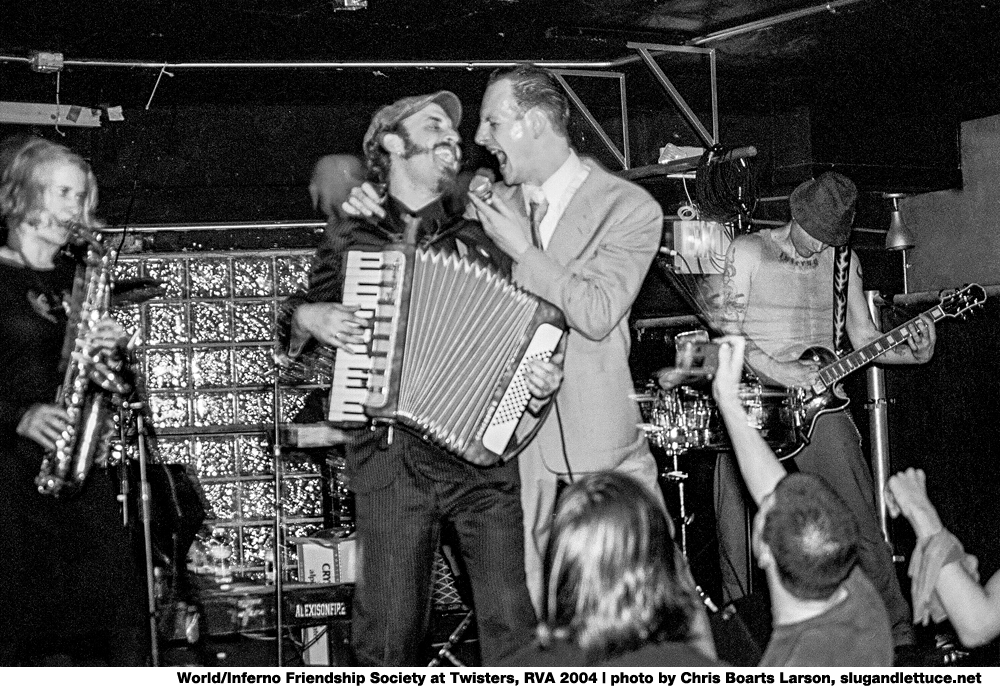 RIP Pete V. Pete was one of the most unique characters I have known. A man out of his time. A legend. He will be missed.

Pete V—Pete Ventantonio, aka Jack Terricloth, singer and frontperson and for the World/Inferno Friendship Society has unexpectedly passed, but not without leaving a huge mark and crater in his path. I knew Pete back in the early ’90s from the weekly ABC No Rio matinees in NYC and his band Sticks And Stones. Within a few years he was the ringleader of the cabaret of insanity, the World/Inferno Friendship Society.

After being out of NYC for awhile, I returned to ABC No Rio, when the beloved—and at-home—W/IFS was playing. What a crazy explosion of energy that was. It was one of those, “What the fuck is happening?!” moments that left me speechless and so in-the-moment that my camera didn’t even come out of my bag.

Their whirlwind took over and they travelled far and wide with fame and obsessive friend fandom. As many times as they passed through Richmond, along with a crew of pals from NYC, I really only had one chance to see them at Twisters in 2004. I only came away with a few photos.

Many others have captured Pete story and essence better than I have.
https://noecho.net/features/pete-ventantonio-tribute
www.tedleo.com