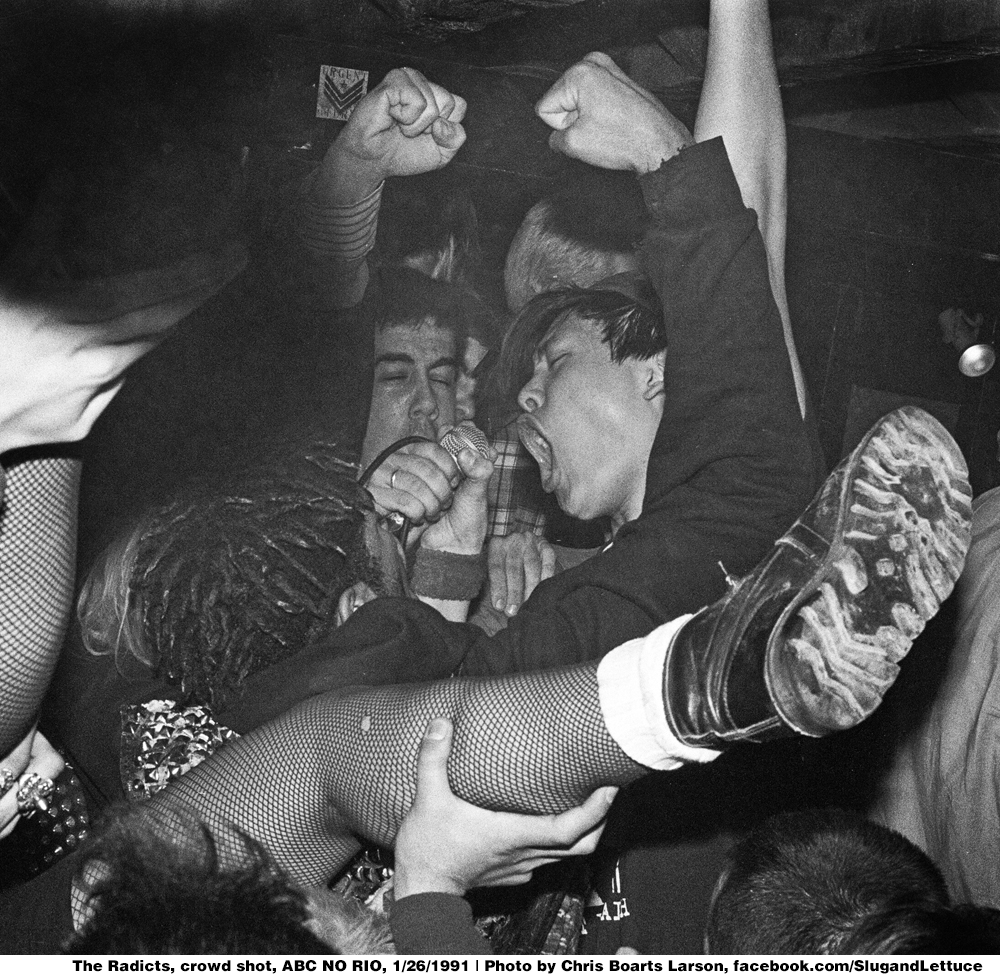 Here’s a favorite classic crowd shot from the early basement days of ABC NO RIO. The Radicts were a great Lower East Side Punk band that was active in the late ’80s into the early ’90s. They played in just about every bar, club, squat, and DIY space that threw shows. They were a unifying band that brought together the punks, skins, and squatter punks alike. I loved seeing the Radicts with their big guitars, good hair, and charismatic frontman with a crowd of pogo punks. Their ’77-style punk anthems are infectious and catchy, guaranteed to bring enthusiastic sing-a-longs and pogoing in the pit.

This photo is from early 1991, when friends took over the mic for the sing-a-longs, with boots and spikes, fists and feet all just part of the mêlée. The Radicts were influential on many bands to come, including the Krays, also from NYC. Take a dive into the Radicts Rebel Sound release with songs like “Six of Them” (which was also on the Squat or Rot compilation 7”), “World Gone Mad,” “Kids of the Nation,” “Rebel Sound,” and “I Wanna Be a Radict.” These songs are stuck in me, and they transport me right back to that time like no other. This photo is representative of that very punk rock time.