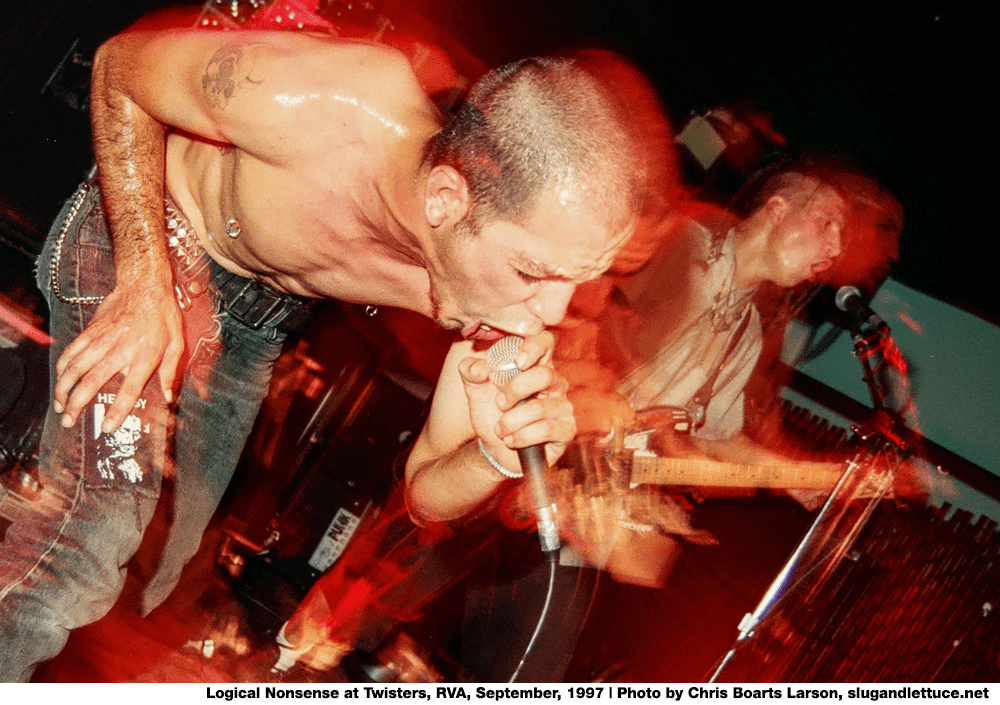 What ever happened to Logical Nonsense? What a great band! Outta Santa Fe, N.M. they had several full-length releases through the ’90s, though the split with Grimple was probably one of the most well-known. That was a perfect 12” piece of vinyl. I love Logical Nonsense ’cause they had such a unique, dark sound that mixed up styles and genres and really delivered a new kind of pure, energetic, and aggressive style of blazing hardcore punk. I was super stoked when they played at ABC NO RIO in 1996 and then when I got to see them again in 1997 at Twisters in Richmond, Va. I wonder what ever became of these guys and if they did any other bands. Logical Nonsense is a super rad blast from the past.

The Grimple/Logical Nonsense split can be listened to here. LN half starts at 16.40: