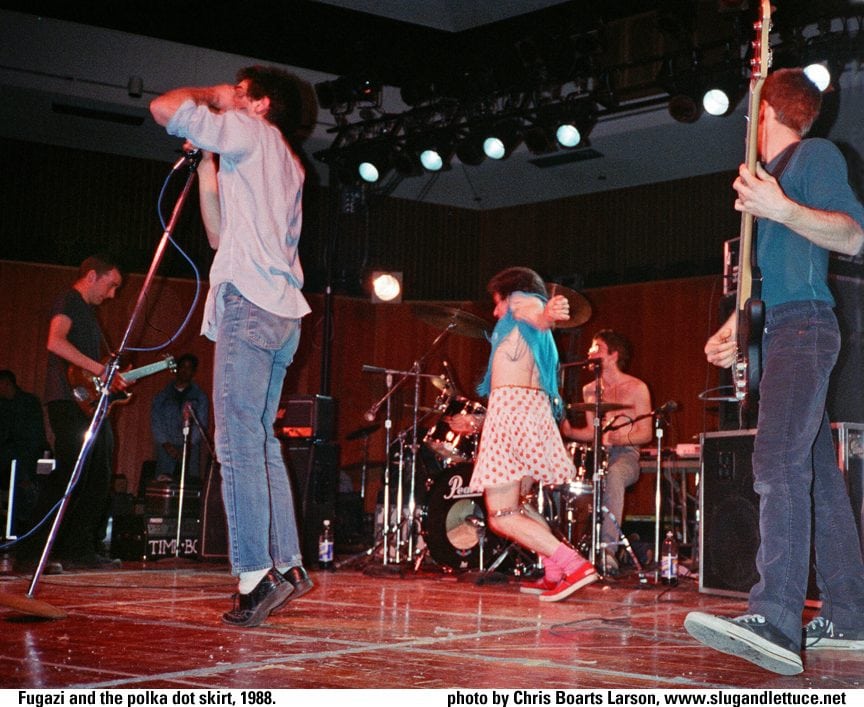 It was 1988. I was seventeen. I was visiting a friend in Harrisburg who told me that Ian MacKaye’s new band is playing. Of course we go. What I remember most is the guy dancing around in a polka dot dress on stage. And that it was cool to see Ian MacKaye. It was a strange show and I really wasn’t that into it. I snapped a few pictures of all the bands, took a few of Ian, and then ran out of film. This picture of Fugazi was the last picture I took.

As a young punk, I was into heavier stuff and I didn’t really understand Fugazi. It took me many years to be able to appreciate them. But I did savor the unique opportunity to have seen a band like Fugazi at the beginning.