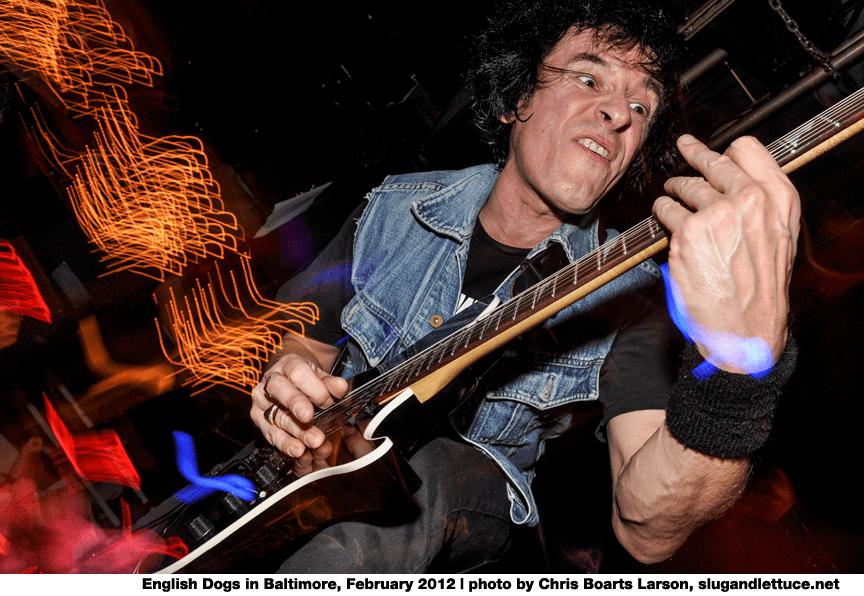 The English Dogs have long been my absolute and all-time favorite band!

In the ’80s my cassette tape with Forward into Battle and Where Legend Began was my go-to tape for everything! It’s still the foundational soundtrack for my life. The English Dogs have influenced the way in which I listen to music. I love that the pummeling drums never relented, even during the bleeding guitar leads. Metalmorphosis is like a lightening bolt and I’ve been indulging in the song “Let the Killing Begin” every time I need a boost. I am much more of a drum lover than guitar, but I cut my teeth on this band, and in turn hear most guitar leads through the filter of Gizz.

I was a Mad Punx and English Dogs punk too… but it was the metal years that made me. When Gizz and Adie did a Metal Years tour in 2012, I was over the moon. Nothing could stand in the way of me seeing the English Dogs—a dream come true and it was as perfect! Ever since I’ve been hoping they would do a Where Legend Began tour as well… not so guilty secret: that album is perfection! Unlikely, so I can only dream of getting some of my pals to put together a tribute set for me one day (soon).

To the Ends of the Earth… me and the English Dogs!