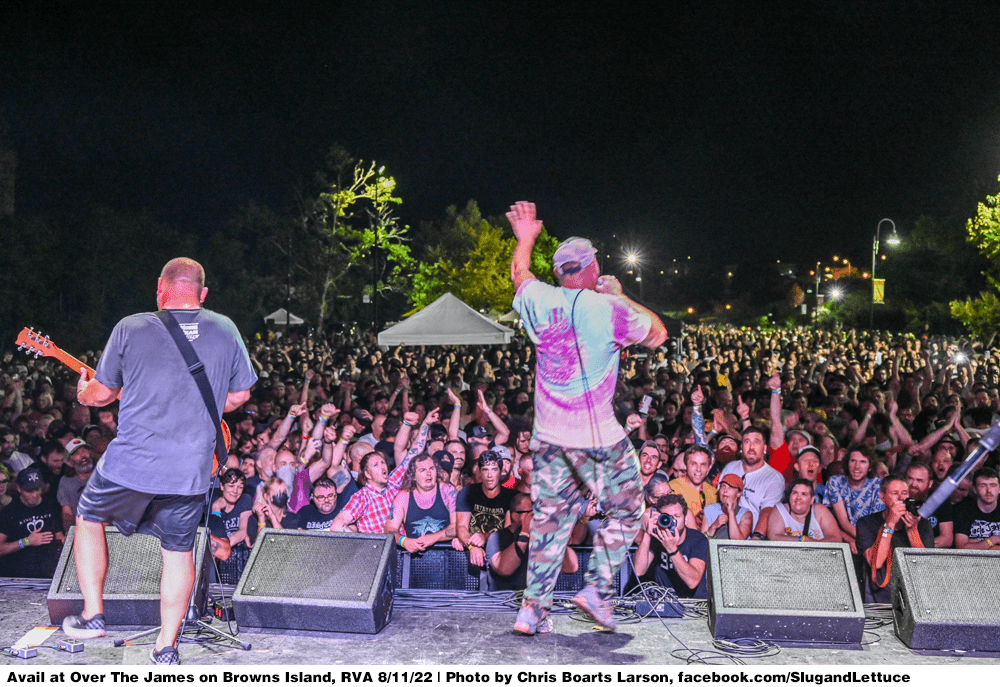 Avail and Richmond, VA are as intertwined as can be for me. When Avail decided to do a few shows to commemorate their Over the James album, it was the greatest thing ever! Then the pandemic cut things short. Slowly but surely they’ve been able to do a show here and there, but the opus was Avail playing on Browns Island in Richmond. It’s a small island in the middle of the James River with train tracks overhead. Avail were truly playing over the James!

With a stellar and diverse lineup with locals Terminal Bliss opening, followed by Screaming Females before everyone had to be evacuated off the island due to lightning. Thankfully, the storm passed, it did not rain, and everyone returned en masse for Ceremony, Cave In, and Quicksand.

When Avail took the stage, it was epic. Thousands of people filled the island. Everyone was stoked, happy, and united in the very Richmond celebration of Avail. It was amazing! During “Tuning,” a train drove by overhead. The conductor honked the train horn while thousands of people all jumped, waved, and hollered. I felt goose bumps. It was amazing. A second train came by before their set was over and that train had Avail Over the James graffiti on it! You’d think that it was all planned it was so perfect.

The good news is that there’s talk about making this an annual event!