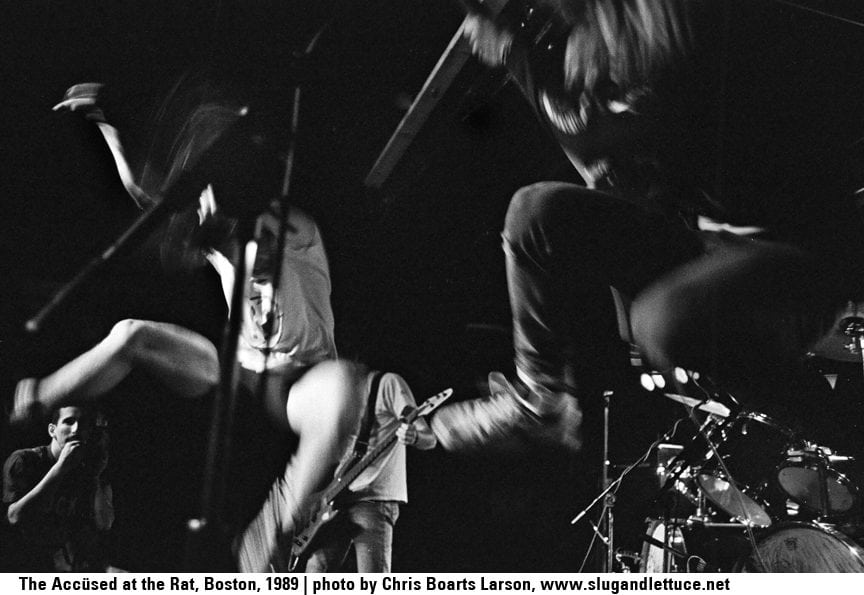 In the mid-‘80s, I was super into The Accüsed. They were one of the early bands to crossover between hardcore thrash and thrash metal, with wicked guitars and manic energy with their own self-described genre “splatter core.”

The Accüsed came through Boston in 1989. I was super stoked to get to see them along with Brotherhood. It’s a strange bill by today’s standards except that both bands were from Seattle. The Accüsed were explosive and spent most of their set flying through the air. It was awesome! I recommend pulling out The Return of Martha Splatterhead and giving it a spin! Ah the memories….