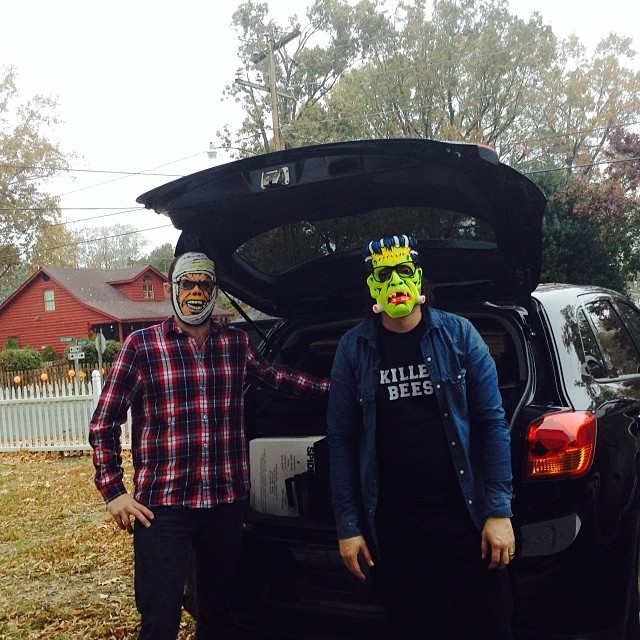 Windian Records was formed by Travis Jackson in 2009. Based out of Washington, D.C., the label has consistently remained in tune with the garage rock underground, releasing 7"s by A Giant Dog, Overnight Lows, and Heavy Times, to name only a few. In addition to staying in the present, Windian has done an excellent job reissuing seldom-heard or never-released records by The Penetrators, The Testors, and The Bizarros (the latter being my personal favorite).

Tragedy struck on January 15, 2014, when Travis Jackson was killed in an accident while at work. Only thirty-four years old, Travis was married to Ashley Jackson and was the father of a one-year-old son, Link Jackson. Fortunately, Windian co-owners Eric Brady and Ashley Jackson decided to keep the label going—following through on records Travis had in production as well as searching out new titles. The two have done an excellent job meeting the high standard Travis set, with releases by Ebenezer And The Bludgeons and The Hangmen scheduled, as well as a box set of new material by John Wesley Coleman, Seers, DD Owen, War Party, and Church Bats due out early next year.

Ryan: Although it was solely Travis (Jackson) at the beginning, tell me about the origins of Windian.

Eric: Obviously I can't speak for Travis—but Windian was founded to release a single by his band, The Points. Travis was their drummer. The Points were sort of punk darlings of the D.C. scene. They were pretty dysfunctional though. Their tours were hectic and, after a while, changes started happening in the band.

Travis was growing tired of the band stuff and wanted to take a next step. That's when he decided to put out a Points record. Travis got some money together from his friends Vinny and Jordan (Bettete) who are now married—Jordan has since done a ton of artwork for Windian. What Travis, Vinny, and Jordan thought would be enough money to release The Points single wasn't enough, so they had to scrape up some more cash. The Points record sold out almost immediately. Surprisingly, Windian had capital coming back into it, allowing them to put out more records. Although The Points fizzled out, Travis continued Windian. I do know that he got some distro help early on from a label out of D.C. called ESL.

Ryan: How did you get to know Travis?

Eric: I played in an explosive and implosive three-piece band called Mas Y Mas in the same region as The Points. We played quite a few shows together. Geo from The Points was our number one fan. We had about ten different drummers in Mas Y Mas—it was a constant problem—but Geo liked us so much he quit The Points to become our drummer. Unfortunately, instead of taking the bus to Virginia Beach, Virginia, to join Mas Y Mas, he took it to Colorado to live with a girl for seven months. [laughs]

Travis and I were sort of the more mellow people in our respective groups. We spent a lot of time together at shows. Originally, I had offered to record The Points, but that never happened because they broke up. Travis told me that he was getting gouged on mastering Windian's releases, spending one hundred twenty-five dollars a minute. Travis needed mastering help and those prices were too much for him, so he asked me to fix some stuff. That's how I started working with Travis. Initially, I was mastering Windian's releases and helping with the minutiae of running the label—stuffing 7"s and that type of stuff. I became a co-owner in the middle of 2011.

Ryan: I know you worked with Travis on the Bizarros collection. That double album had to be a challenge—mastering all those songs from different sources and licensing their self-titled record from Mercury. 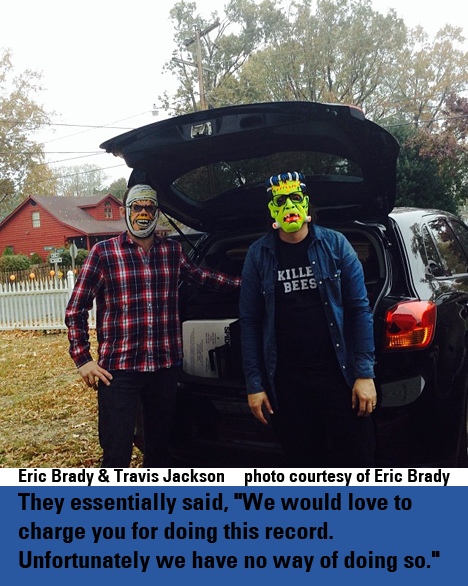 Eric: Some of those songs were from a split LP (with The Rubber City Rebels). Some of them were from the Mercury record. One of the guys from the Bizarros sent the Mercury songs to us because Mercury was unable to respond. They were bought out a while ago. We contacted the current owners (of Mercury) and they okayed the release simply because they couldn't find any paperwork. They essentially said, "We would love to charge you for doing this record. Unfortunately we have no way of doing so." A lot of those tracks were from the Clone Records releases (Bizarros vocalist Nick Nicholis's label). It would have been really cool to have worked from the original analog tapes but they no longer exist. Some of the guys from the Bizarros were studio guys so they likely rerecorded over them. The idea of "remastering" wasn't as prevalent back then.

Ryan: After Travis passed away, you were thrown into a new role—running Windian. What were some of the hardships you faced?

Eric: Travis's family and Ashley's family wanted Windian to continue because it had been such a positive thing. Ashley is a co-owner of the label and both families are still involved.

There were so many releases in play when Travis died. I had been in a band that had self-released records before and had put out albums on other labels, so I had worked with pressing plants and other labels before. Every time I'd get together with Travis, we'd end up hanging out more than actually doing business planning. So although I'd been a partner in Windian for a while, I didn't know much about Travis's end of things. 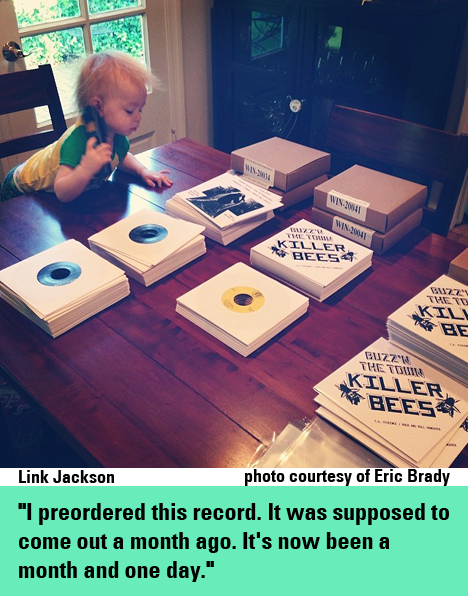 We had filled out paperwork before—projections on how much money we were spending, how much was coming back in. I had to make sure all of that was really happening after Travis wasn't there; it doesn't just take care of itself. I learned that people think you're falling behind on stuff really quickly: "I preordered this record. It was supposed to come out a month ago. It's now been a month and one day."

Unfortunately, there was so much to learn in what seemed like such a short amount of time. One of the biggest problems was trying to learn how to run the label at the speed Travis did. Travis had a positivity to him. Whenever questions would come up that should have held up a record, Travis just went forward with it. There were nine 7"s out at once when Travis died. Dealing with five thousand records on my doorstep, without sleeves, arriving the day of his funeral was extremely traumatic at first. 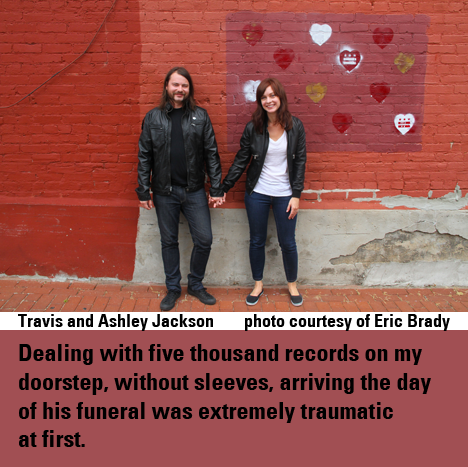 Then it kicked in: "Hey, man, it's time to get to work." It was a crash course. Five of those singles were part of the singles series. Travis was very meticulous about the label. He used die-cut boxes for the subscription series with all five singles meticulously pointed upwards in the box, A sides facing the front. He never let anyone help with shipping out records. The box set had a twelve-page color booklet. Travis worked at a print shop where he had them printed out; he'd then have the pages cut professionally. I thought I'd do that work myself with the new series subscription. That was a living hell that almost caused my wife and me to get divorced. It ended up working out all right because we sold out of the set.

Travis had relationships with people that I didn't know about. For instance, with PR. We had singles coming out and I had no idea how to promote them. It turned out the people he had a good rapport with came to light pretty quickly. I knew Travis wasn't releasing records to keep half of them in storage at his house. I had to figure out what I could sell to people because I didn't want to have a bunch of records taking up space I didn't have.

Ryan: What were some of the positive experiences?

Eric: The Ar-Kaics record was a very positive thing to work on. Those were four people desperately saddened by the loss of Travis. They knew him well. There were some other releases in flux when Travis passed that didn't work out because we were still getting everything squared away. Obviously, I don't blame those artists at all—they needed to get their records out and it was going to take some extra time—but the Ar-Kaics were adamant that the record come out on Windian. They were there to help with every single step of getting it pressed up. It worked out great. There were pressing plant issues and they never fussed. When it came out, everyone was really happy. 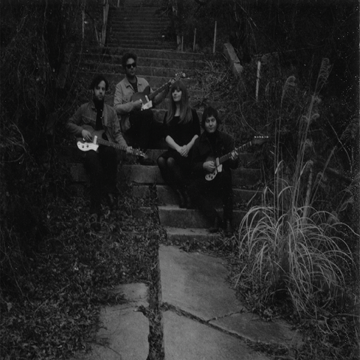 Ryan: What's on the horizon?

Eric: There's a new box set, spanning the length of Windian Nation. We've got the Seers from Norfolk, Virginia. DD Owen—one of the guys from Sick Thoughts—will be included.

Eric: Yeah. This is his electronic project, which means it's just electronics, guitar, and drums. It's so good.

Eric: Yeah. You can hear when he takes the mic and hits the amplifier that the drum machine is coming out of. He couldn't plug a drum machine into a tape player; he had to amplify it. John Wesley Coleman will be included and so will War Party—another band fromTexas. Church Bats are a garage band from New York. They were friends with Travis. He had already told them that he was going to put something out by them. Our next major reissue will be by Ebenezer And The Bludgeons.

Ryan: Was Ebenezer And the Bludgeons a D.C. band? Windian has always done a good job of reissuing obscure D.C. bands.

Eric: They were from the Baltimore, Maryland, area. They existed before Bad Brains and Dischord. These recordings are from '78. They were hard guys to track down. One of them is a doctor now and doesn't want to be involved in any part of the reissue. I believe one of them passed away. The other guy is sort of a hermit. Original singles are going for two-hundred dollars on Discogs. That's about it for releases now.

If you've read this far, why not DONATE to Razorcake to keep these interviews going forever?