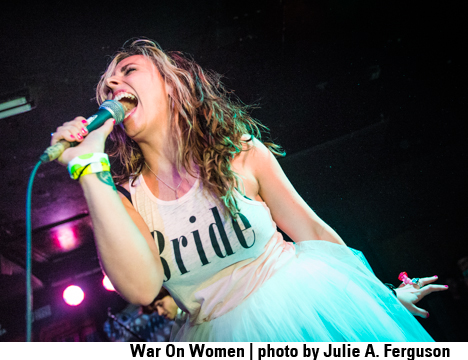 I <3 to Fest! That is the slogan of Halloween weekend if you’re among the thousands of punks who flock to Gainesville, Florida for The Fest. This was the fourteenth year and included over four hundred bands playing in multiple venues throughout downtown Gainesville. With truly something for every kind of punk to enjoy, Fest brings friends (old and new) together from all over the world for one wild, drunken weekend of fun. For myself and many others, it is the best and most anticipated weekend of the year! 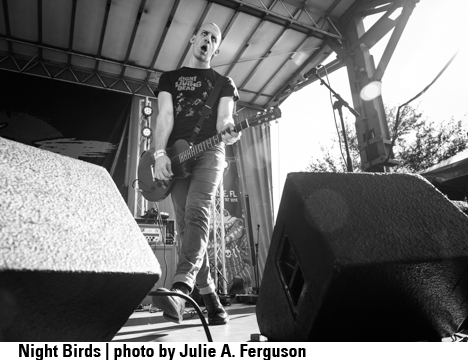 Night Birds: Saturday was a day packed full of bands I was excited to see and photograph. Night Birds was definitely one of those bands—PJ Russo playing guitar on the Fest main stage. 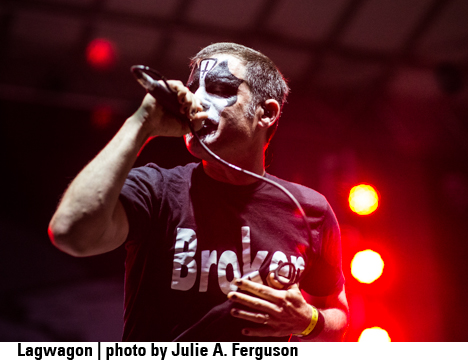 Lagwagon: Joey Cape and the rest of Lagwagon wore KISS makeup for their Halloween performance on the main stage. 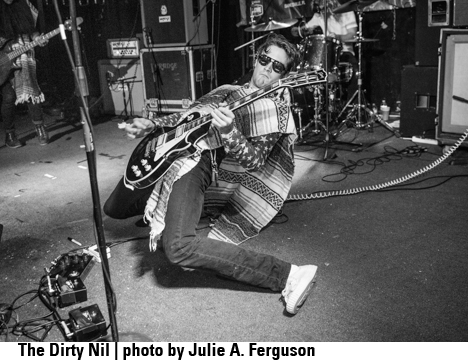 The Dirty Nil traveled to Gainesville from Canada to play this year and brought cowboy hats, ponchos, and rock’n’roll! 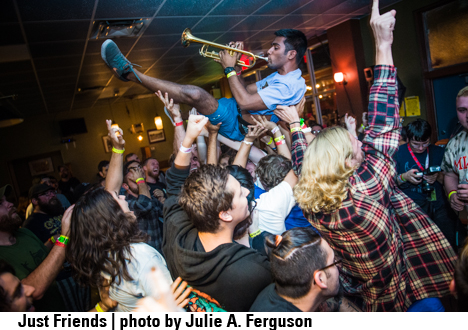 Just Friends: Avi from Just Friends got hoisted up by fans while playing at Palomino. A fellow photographer told me to try and catch their set, and boy was I glad I did! Just Friends had so much energy and crowd involvement, making it one of my favorite sets of the weekend. 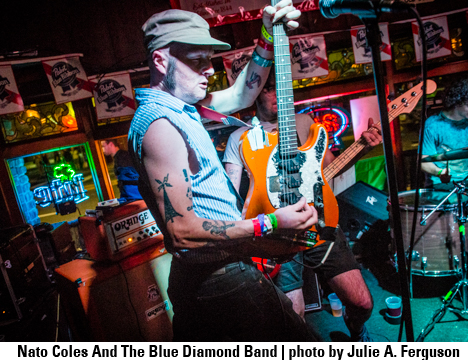 Nato Coles And The Blue Diamond Bandwas part of a really fun rock’n’roll lineup at Durty Nelly’s on Sunday. They played their song “Julie (Hang Out a Little Longer)” so I did! 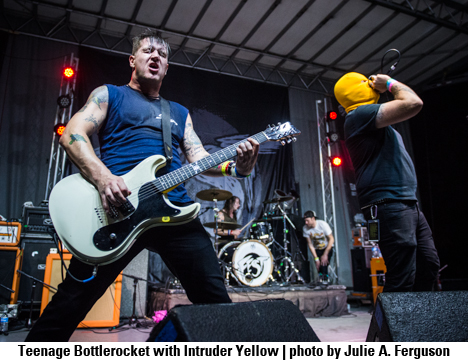 Teenage Bottlerocket had Intruder Yellow come out on stage to sing Danzig’s “Mother” during their headlining set at Lot 10 on Saturday. All the fun and all the love to the TBR family for their loss of Brandon just a few days after Fest. 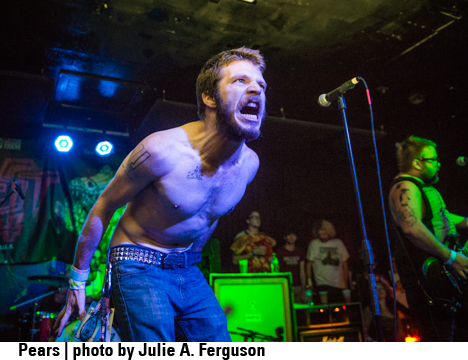 Pears: Fest is a weekend of me running around nonstop taking photos. I photographed over twenty bands each day and was rarely in one spot for more than a few minutes. Pears played at High Dive and that was one show I was definitely not going to miss. They never disappoint! 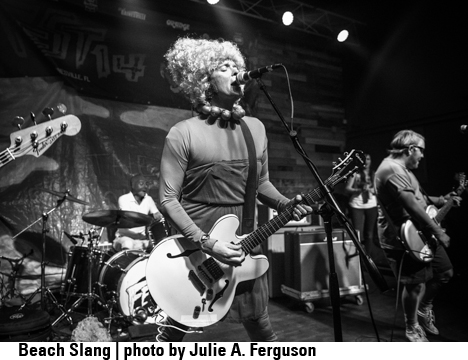 Beach Slang kept their Halloween costumes on point again this year with their Simpsons costumes, especially singer James Snyder dressed as Marge. They even came out to the Simpsons theme and sat on their makeshift couch (folding chairs) for a few minutes before starting their set. Good times! 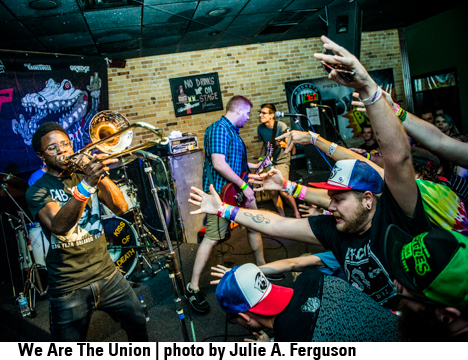 We Are The Union:On Sunday, my final photo adventures covered the ska show at Rockeys. It was a super happy way to wrap up my Fest 14. We Are the Union played and Jeremy Hunter accompanied them on trombone. Every time he came on stage the crowd went crazy and gave him so much love.

If you like Razorcake's exclusive coverage of live events - celebrating both great bands and talented photographers - and want to see them continue, please consider a donation to Razorcake!