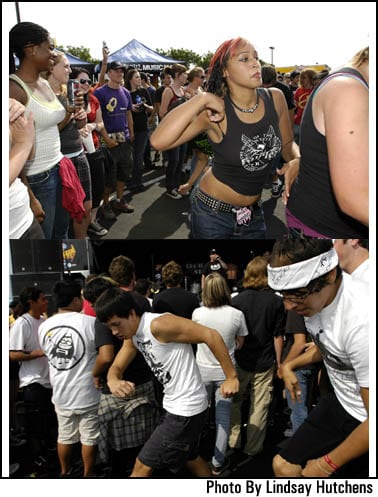 I have never felt as old in my life as I did at this year’s Warped Tour. At twenty-three, I think that’s quite a feat.

As I drive down to Carson, memories of “the best day all summer” ran through my head from the years I attended Warped Tour since I was fourteen. Warped Tour was where I could finally see Blink 182 play, my fourteen-year-old loves of my life, where I discovered Flogging Molly, still the loves of my life, where I could buy the coolest shit to wear once school started again and where I could hang out with my friends and my super-hot, punk rock, high school boyfriend all day and listen to music. I’m almost giddy as I see traffic start to pile up the closer I get to the venue. 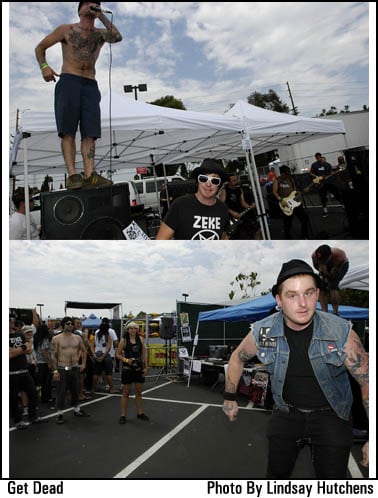 The fifteen dollar parking fee hits me in the gut as I only brought, and honestly only have, twenty dollars, but I’m pretty early so I think it will be worth it. When I finally park my car, ten minutes later next to a little league soccer field with a poster of David Beckham on the fence that I’m not even sure is a part of the Home Depot Center, I begin to doubt my investment. After a few guys behind me wearing punk rock T-shirts who show off their Semper Fidelus tattoos use the word “bro” about 20 times on the hike to the front gate, I start to wonder exactly what this year’s lineup and attendees will have to offer. 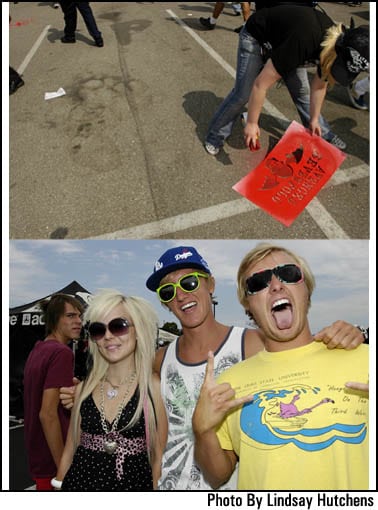 Whiny male voices and repetitive beats float in the air as I make my way to the press booth and pick up my credentials. There are hundreds of kids all around with their “individual” dyed hair, piercings and Chuck Taylors. What once stood out among the crowd at school gets lost in a sea of the same. It’s comforting and awakening at the same time: to find people who get you, only to see they’re rocking your same one-and-only look. 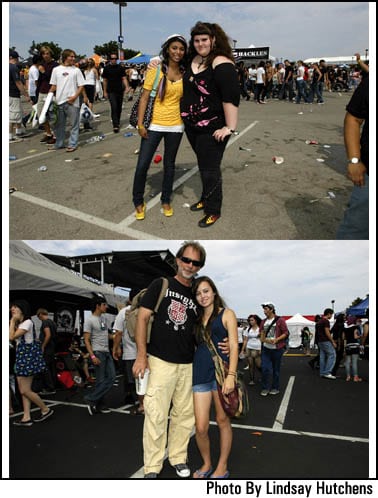 There is hope when I look at the schedule for the day and see familiar names like Flogging Molly, The Circle Jerks, The Adolescents, and, of course, Bad Religion… but, for the most part, I have no idea who most of these other bands are. I decide to gather my bearings for the lay of the land and get to know “the people.” Most of them look so young and I realize for the first time how young I was when I started attending. By no means am I a wise sage now, but it’s a funny thing when you see how juvenile something is that you once held in such high regard.

I meet one fifteen to seventeen-year-old year girl after another who can’t wait to see bands with names like Bless the Fall, Chiodos, Escape The Fate, and Boys Like Girls. They talk so fast to drop the coolest names and I have to ask them to slow down in order to even understand what they’re saying. I even ask one of them to spell the name of the band they are telling me about. Just a taste for the sound of one of these bands is enough for me to steer clear of the rest. 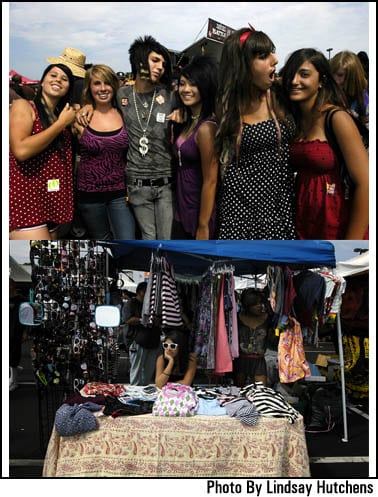 There are a handful of people genuinely enjoying themselves and cherry-picking the few acts to watch that I made an effort to catch myself. For the most part, it’s a fashion show of who’s wearing the most outrageous, most original outfit and who looks like they’re having the most fun in the pit. I see Tiger Army perform, the highlight being when Bam Margera came to sit just offstage with his wife Missy. (I think they’re married, but I never saw the end of the show.) The cameras go crazy as if a celebrity sighting were the point of the entire set.

Warped does make some effort to offer other entertainment. While the Luche Libre demonstrations sounded like something that would be hilarious, I was pretty disappointed with how cheesy it was. I guess that’s the point, but it was lost on me. The skate ramp next door was great, though, and kids from the ages of about eight to eighteen took turns giving me something more fun to photograph than a pack of Spicoli’s. There was a long list on the Warped Tour website of charity and environmental organizations that would be there that day. I honestly didn’t see a-one among the sea of discarded flyers, CD compilations, and paper cups. 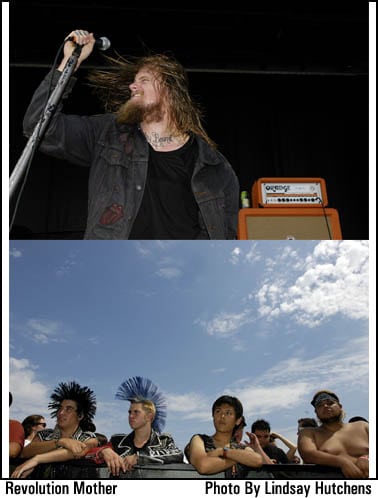 One great thing about Warped Tour, though, was getting to see the big names I’ve never seen before. The Unseen, The Circle Jerks, and The Adolescents are a photographer’s wet dream as far as great visual opportunity goes, and since they were playing on smaller stages I could actually get around to try some fun stuff. Once the sun came down and it was time to photograph Bad Religion and Flogging Molly, the headliners of the night, visual opportunity was scant. I never in my life have seen so many people in the photographer’s pit. People with point and shoot cameras, even a fucking cell phone, were in there taking photos. Some of them just stood there without taking one shot and didn’t even dance! The sets were honestly great and I’m glad I was so close, but I haven’t been that discouraged by the lack of respect for genuine photography in a while. 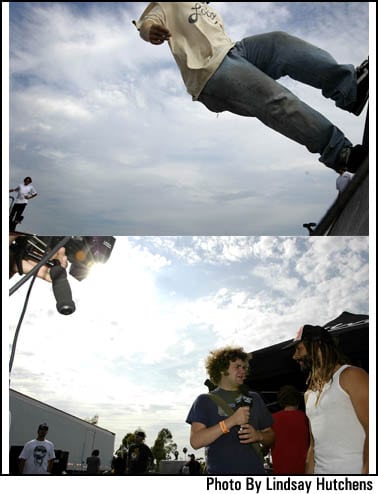 Three years ago I attended Warped Tour and told myself I would never go again unless I was there to take photos. This year I’ve decided I would never go again unless I was there to take photos of just one band with full and complete access. Has the music changed or have I changed? As I recall a friend of mine from high school ripping into me for loving Blink 182, I’m pretty convinced it’s me that has changed. I actually saw Mark Hopus at LAX about a month ago and wasn’t at all inclined to say hi, scream, or throw my underwear at him. Yeah, I can barely stand to go to Warped Tour now, but it will always hold a special place in my heart. It’s a great opportunity for bands to be recognized and broaden their demographic. Some bands make lifelong fans out of a Warped set. Kids like sixteen-year-old me can get a compilation CD on their way out, put it in their CD player for the hour drive home, and discover a band they will love for the rest of their life.