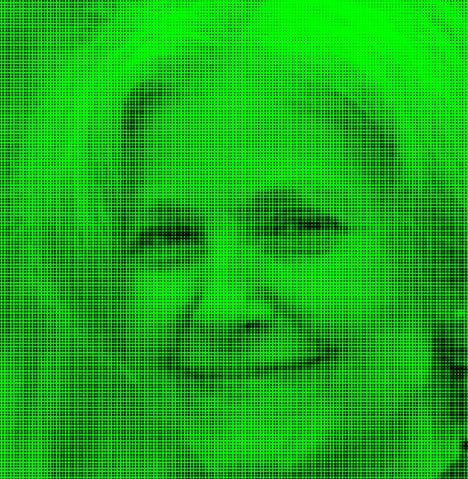 The Green Party’s presidential candidate, Jill Stein, and vice-presidential candidate, Cheri Honkala, are tackling the issues ignored by the two main parties. Among the policies listed in the “Green New Deal for America” are “a Full Employment Program that will create 25 million jobs”and a “single-payer Medicare-for-All program.” The Greens also advocate “the right to a tuition-free, quality, federally funded, local controlled public education system from pre-school through college.” Relying on the work of economists who actually know what they’re talking about, Stein and Honkala also pledge to “relieve the debt overhang holding back the economy by reducing homeowner and student debt burdens,” and to “break up the oversized banks that are ‘too big to fail.’”

I have a feeling that most Razorcake readers will tend to agree with those policy positions. But isn’t it a mistake to vote for a third party? Aren’t you just throwing away your vote? And isn’t President Obama the one saving us from the destructive policies of the Republican Party?

It’s true that Willard Mitt Romney, like George W. Bush, is a puppet for the most dangerous elements in American society. But so is Barack Obama. There are Democratic candidates worthy of support this year, but the president isn’t one of them.

In fact, the Republicans have already won the election, because of the budget deal Obama made in August 2011. I covered that topic in columns here and here. To summarize, the budget law says that a bipartisan “super-committee” is supposed to come up with a means of reducing the deficit. If the committee cannot agree, there will be automatic cuts in discretionary spending. Those cuts will start in 2013 and will weaken an already feeble economy, just as they have in Europe. The Republicans were thrilled with the deal, which enshrines their fiscal policies in law for years. The new regime of automatic cuts is scheduled to end in 2021.

Okay, but what about Social Security and Medicare? Those weren’t included in the budget agreement. Don’t we need a Democrat in the White House to save those? You might think so, but President Obama already tried to slash those programs in a “grand bargain” during the 2011 budget negotiations. According to the Washington Post, the bargain would have combined $1.2 trillion in spending cuts, including reductions in Social Security and Medicare (achieved in the latter case by raising the age of eligibility), with $800 billion in vaguely defined—and possibly unenforceable—tax increases. Oh, and the deal also would have cut the top marginal income tax rate. You read that right: Obama and the Republicans negotiated for months about how to reduce the deficit and decided to pass another tax cut for those with the highest incomes.

In the end, the grand bargain failed because the Republicans balked, and the deal that did pass was, of course, about as bad. Back in 2008, Obama campaigned on saving Social Security and Medicare from Republicans, but his actions during the 2011 negotiations betrayed his earlier promises. What makes you think Obama won’t capitulate utterly in a second term? Referring to Romney during the first presidential debate, the president said, “I suspect that on Social Security, we’ve got a somewhat similar position.” That’s probably true, and we may look back on that statement as our only warning.

This presidency has been a long exercise in deceiving supporters. In 2008, Obama won the highest percentage of the vote by a Democratic presidential candidate since 1964. After the election, his party controlled both houses of Congress, with its biggest majorities since the late 1970s. But since his inauguration, Obama has worked feverishly to avoid keeping his commitments to those who voted for him.

During the 2008 election, he called for a public option as part of health-care reform. The president repeated his support for that policy during a series of speeches in 2009. He continued to endorse the public option, even after he secretly eliminated it in a backroom deal with lobbyists.

In 2010, Obama vowed to prevent a repeat of the 2007-08 crash by restoring the sort of regulations that prevented financial crashes for decades. Then, when it looked like such a bill would pass, he sent his treasury secretary to Capitol Hill to crush it with weakening amendments.

Then there are the Bush tax cuts for those making over $250,000 per year, which Obama repeatedly promised to end. In December 2010, however, the Great Capitulator agreed to extend Bush’s lower rates for the wealthy, which were due to expire. The cover story is that Obama lost another showdown with Capitol Hill Republicans, but look more closely. It would have been easy for Obama and the Democrats to end the Bush tax cuts for the rich.

The Republicans had leverage in December 2010 for two reasons. First, Republican Senators were in a position to filibuster the extension of unemployment benefits. Second, they threatened to filibuster any bill that didn’t extend the Bush tax cuts for those making over $250,000, which would have meant that the tax cuts would expire for everyone.

On the first point, why didn’t the Democrats hold a vote on extending unemployment benefits before the election? The Republicans would have thought twice about throwing one of their patented rich-kid tantrums so close to November. In September of this year, the GOP rejected Tea Party demands and meekly accepted an extension of the debt limit without getting additional budget cuts. (America’s attention span is short, but not that short.)

On the second point, the Democrats could have passed a bill early in Obama’s term making the Bush tax cuts permanent for those with incomes under $250,000. With that law on the books, only the quarter-millionaires’ tax cuts would have expired at the end of 2010. Republican hostage-takers would have been without a hostage.

Obama could have made that proposal part of the stimulus bill of tax cuts and spending increases that passed in February 2009. Republicans were already howling for more tax cuts. Would GOP senators have filibustered against a permanent extension of Bush’s rates for all but the richest? They had just sustained a historic electoral defeat; the popularity of congressional Republicans was extremely low; Obama would have been doing the bipartisan thing and giving Republicans more tax cuts—specifically some originally proposed by Bush. Would the GOP really have tied up Congress for months to prevent the new president from expanding a policy of George W. Bush’s?

If I figured that out, you can be sure that President Obama did. He refused to take advantage of that opportunity, because he simply didn’t want to keep his pledge to raise taxes on the rich. The president’s liberal defenders attribute his broken promises to bumbling and naivety, but Obama’s most carefully executed maneuvers are his shifts to the right.

So far, I’ve left out the president’s main accomplishment: health-care reform. I’d like to be optimistic, but the jury is still out on that policy. The principle of the new law is that individuals are required to buy health insurance from private companies, with subsidies provided for those with low incomes. In return for all the new customers, insurers are required to spend more money on care and accept rules that protect the insured.

It remains to be seen whether those regulations will actually be enforced, or whether health-care profiteers will pocket the new premium money without meeting their obligations. (Getting around regulation is, after all, a specialty of big business.) If that happens, the health-care law will actually make things worse by propping up the current, corporate system.

Another common reason cited in favor of a vote for Obama is the threat that President Romney would launch a disastrous attack on Iran. What reason do we have to believe that Obama is less radical on military and foreign policy issues than Romney? Obama’s rhetoric on Iran has been about as aggressive as Romney’s. More importantly, there’s his record in office. When Obama was a candidate in 2008, he promised to get U.S. troops out of Iraq in sixteen months. In office, he kept them there for thirty-five months, the deadline for withdrawal that had been agreed by George W. Bush. Even then, Obama tried to go beyond Bush’s deadline, but gave up when the Iraqi government refused to grant American soldiers immunity from criminal prosecution. Likewise, it isn’t clear how many mercenaries are deployed in Iraq at taxpayers’ cost.

Another sign of Obama’s lock-step march with conservatives on military questions is his decision to lobby for and sign amendments to the National Defense Authorization Act in 2011. The amendments allow the president to lock up American citizens for life in military prisons without charges and without the right to an attorney. In order to give you a permanent vacation at Guantanamo, the government has only to decide that you are one of the “associated forces” of a terrorist group. How do government officials decide who is “associated?” That’s classified information. Unless this law is repealed, it will certainly be used someday against anti-war and anti-Wall Street protesters. Obama pledged to end the Bush administration’s illegal actions under cover of “national security,” but he has actually made things worse.

Whether Democrat or Republican, the next president will attack Iran if the financial elite decides that it is a moneymaking venture. That’s why Bush attacked Iraq and refused to attack Iran. In foreign policy, as on other issues, the two main parties will stage a harmonious puppet dance once the election is over.

Of course, the Democrats can point out that Jill Stein has no chance of winning, so why not be practical and support a candidate who can win and is marginally better than Romney?

Let’s talk about practicality. For me, it all comes back to the terrible budget deal of 2011. Remember that the automatic budget cuts will take effect in 2013, and we’ve already seen how such austerity measures have crippled European economies.

When the new, austerity-driven downturn hits America, who will take the blame? If Obama is re-elected, he and the Democrats will. They’ve been campaigning aggressively on the claim that the economy is getting better. In a second Obama term, it won’t do the Democrats any good to say that intransigent Republicans forced a bad budget deal in 2011. Most swing voters make their electoral choices in the fog created by corporate media. For many, the decision-making process looks like this:

So the Republicans will most likely win the 2014 and 2016 elections easily if Obama is still president, especially with the media blaming the new downturn on Obama’s “left-wing” policies. With a Republican congressional majority marching behind President Maniac-To-Be-Named-Later, 2017 will start a new era of political madness.

But if Obama loses in 2012, the booby-trapped economy will blow up in W. Mitt Romney’s face. The downturn will remind everyone of the Bush crash, and it will come after a term of relatively better economic times under Obama (thanks to the 2009 stimulus). Most likely, the GOP would be hobbled rather than boosted in 2014 and 2016.

Likewise, we might finally see a healthy change in voters’ attitudes. Swing voters could be so put off by Republican recession-makers that they turn against them for years. During the Great Depression, the record of Republican President Herbert Hoover was so bad that the country dealt GOP presidential candidates two decades’ worth of defeats. It would open a new era in American politics if perennial undecideds made a long-term decision to reject Republicans.

The Republican Party is driving America towards fascism, but President Obama merely acts as the Republicans’ enabler. There is no reason to believe that re-electing him will stop the country from heading further toward a future that is equally Orwellian and Dickensian. There are, conversely, many reasons to believe that a second Obama term will only make things worse.

So why not vote for Jill Stein and support a candidate who actually agrees with you? We will never get the important issues discussed—let alone implemented—without a true progressive party. I voted for Obama in 2008, but don’t ask me to do that again. It’s just not practical.