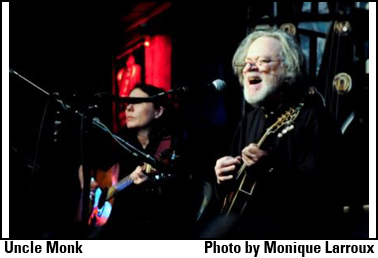 I came to New York City during the summer of 2001. Before September 11th, after the death of Joey Ramone. I may have missed Joey and the heyday of the ‘70s scene at what became the epicenter of American punk rock at 315 Bowery, but CBGB (which, somewhat surprisingly, stands for country, bluegrass, blues) was still a bit like the CBGB I had heard about, read about, and wondered about for so long. At that time, there was still some semblance of a scene surrounding the legendary club. Bands still auditioned to play there, touring bands routed their tours right through its doors, the punks from St. Mark’s still found their way down the Bowery most nights, voyeurs like myself still attended shows regularly, and the overall feeling was still one of camaraderie and celebration for the past, present, and future of this significant little club. At that time, we were all still a part of something (though bits of evidence of what was to come were beginning to seep in, one high-rise condo at a time)—a scene that started in the ‘70’s that, though changed over time, was still very much present in the New York I knew in 2001 and the years following until the untimely demise of CBGB in 2006.

Prior to the interview, I had the chance to see Uncle Monk perform at Nashville’s own Station Inn, along with bluegrass virtuoso Tim O’Brien and songwriting hero Sonny Curtis (of Buddy Holly and The Crickets). It was, without a doubt, one of my favorite Tin Pan South shows in memory. After the show, I discussed the possibility of an interview of sorts with Tommy. He agreed.

Cut to the next day. A bundle of frayed nerves, I left my office a half hour before I was scheduled to meet with Tommy and Claudia at 3:00 PM. I wanted to arrive a few minutes ahead of time, set up, calm down, and wrap my ahead around the idea of what was about to happen. Unfortunately, I encountered a ridiculous amount of grid-lock. I was going to be late. I managed to call Tommy to let him know that I’d likely be late. He was fine with this news. I, on the other hand, was the one yelling and cursing at the slow moving traffic. I eventually arrived, parked illegally (sorry Nashville), and sprinted towards our meeting spot.. It was 2:59 and Tommy and Claudia were patiently waiting for me. I made it, but I was not at all the calm and collected version of myself I had imagined.

In a later retelling of this story—to my dad—I tried to make him understand the level of my anxiety by asking him to imagine how he would feel if he was about to sit down with Paul McCartney (or Neil Young or Eric Clapton, etc. You get the idea—insert musical hero here: ________) and he was met with resistance at every turn on his way to Sir Paul. He got it then.
After greeting Tommy and Claudia, the next thing I knew, we were sitting in a booth The interview had begun. . .