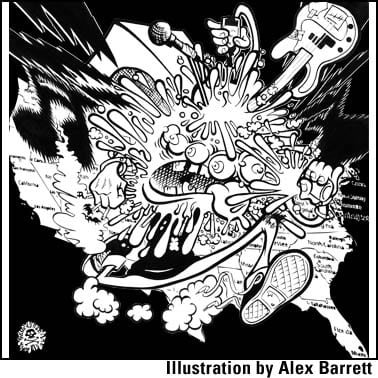 Too Many Fests: Buy me a beer, or pour it on my head. I don’t care.

Yeah, I said it. There are too many fests. I’ve been saying it for a while. What’s my problem with them? No problem, really. We’re just at a point where it’s excessive. There seems to be a fest every month or more. Is that necessary? No. Now I do realize that the good old U.S. of A. is a large area of land. And there is plenty of room for a lot of fests. But is that really enough reason to do so? Just because you can, I guess. Do I really need to drink every day? No, but I can, so I do. If I feel like it, I can smoke three packs of cigarettes in a day. I don’t, but I could if I wanted to. Although I think I’d rather spend that money on beer. I’m getting off base here. Sorry.

There could be a fest every other week and people would still go to them. Why? Because as long as they are not in the same city, there’s a crowd of people in any given city/region that would support it. Some cities do have multiple fests. This is possible in say, Chicago. The metropolitan Chicago population is almost ten million. That’s a lot. Plus the Windy City Sound Clash is done over Memorial Day Weekend and Riot Fest is done in October. And Riot Fest has bigger name bands, which always attracts more people.

But Austin, Texas has a population of only 790,000. How then, can that city have three fests? I might be missing one, but SXSW, Fun Fun Fun Fest, and Chaos In Tejas seem to do well every year. Well, SXSW attracts a lot of people because of the names of some of the bands. I’m not gonna quote Ben Weasel, but there’s a lot of dickholes from the “music industry” at that one. A big circus. And Fun Fun Fun Fest has bigger name bands as well. Chaos In Tejas seems to be more of a straight punk rock fest. More DIY bands on small labels. Blah, blah, blah.

I guess there are fests in big cities like New York and Los Angeles, but I’m not aware of them. My research for this column consisted of flipping through every Razorcake that came out in the last year. Extensive, I know. If a fest wasn’t advertised for in one of those zines, then it’s not getting listed here. And I’m sure there’s some really cool fest I’m not aware of, and I’ll hear about it eventually. Whatever.

So there are a lot of bands and a lot of fests and a lot of people go see these bands at these fests. If you live in San Diego, you probably go to Awesome Fest on Labor Day Weekend. Why not? You live there. But you probably don’t go to Fest in Gainesville. That would be a roughly 2,330 mile drive. Each way. And all the bands that play one, play the other. Well, for the most part.

I go to Fest. It’s fun. I want to go to Awesome Fest, but I live in Saint Louis. It’s too far to drive, and I’m not gonna fly on a plane just to go to a fest to see a bunch of bands I’ve seen plenty already. So this year, I’m gonna try to go on tour with Be My Doppelganger to San Diego. They live nearby, and they’re going. Makes sense.

Let’s look at something else. It’s called a calendar. If you were to go to all these fests, you’d almost have to be rich or live with your parents or something, because who can get off work this much? And if you can, who can afford it? So it’s Memorial Day Weekend, and you’re in Chicago at the Windy City Sound Clash. I’ve been to that one. It’s cool shit. Or maybe you’re in Las Vegas for Punk Rock Bowling. Can’t do both. It’s the same weekend. Already a problem. A week later, you’re in Austin at Chaos In Tejas. Then, at the end of June in Baltimore, you’re at Insubordination Fest. Well, any of the years before this one. Now it’s in mid-August. But I’m sure you see my point. So since this is 2011, you’re in Baltimore in mid-August. And the week before that, you were in Richmond, Virginia for Best Friend’s Day. These cities are close, so this one’s a gimme.

A month later, you’re in Memphis, Tennessee at Gonerfest. A week after that, you’re in San Diego for Awesome Fest. You get about a month off before you go back to Chicago for Riot Fest. Then, a couple weeks later you travel to Gainesville, Florida for Fest. It’s Halloween! If you’re still up for more fests, you can go back to Austin for Fun Fun Fun Fest. That’s a lot of fests.

And I didn’t even list all of the ones I had written down. You get the point, I’m sure. When a friend of mine asked me, “Are you going to Dude Fest?”, my response was, “What is that?” Never even heard of it. And no, they didn’t advertise in Razorcake, so I lied earlier. I like to travel, but fuck. That’s too much.

I’m not saying don’t go. Go. Support these bands. The people who put these fests on have to pay all the bands, regardless of how many people show up. And I’ve been asked why Saint Louis doesn’t do a fest. I already lose enough money with Dudes Magazine. Maybe you’ve heard of it. Maybe not. Adam from The Copyrights told me I could just not give any guarantees to bands. Yeah, and then we’ll see what bands are left after that. I go to shows in Saint Louis. A lot of people don’t. You don’t know that if you don’t go. Even a better-known band “in the scene” like Chinese Telephones only drew maybe thirty or so people a couple months back. And that’s nothing against those guys. They rock and they’re awesome. No one here knows or appreciates that. Or both.

Even Toys That Kill and The Arrivals didn’t have a huge crowd. It’s a shame. Because I don’t want bands thinking no one will show up here, and then they stop coming altogether. So if you’re in a band that tours, and you’re reading this, disregard what you just read. I know Tony who puts on Fest and Jeff who does Windy City Sound Clash. Both awesome dudes who work really hard at what they do. Don’t take them for granted.

There aren’t a lot of people “in the scene” who actually do anything for it. Now I’m preaching. Sorry. Bottom line is there are a lot of fests. I think there’s too many. Maybe this column will give you something to think about. If anything. See you in San Diego, I hope. Or maybe Gainesville. Buy me a beer, or pour it on my head. I don’t care.