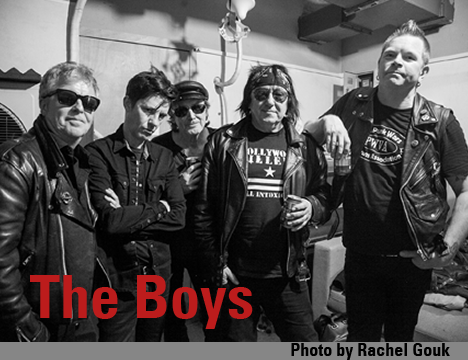 Things we learned getting The Boys banned in China: How to survive touring in a police state on lockdown, by Pete Stapleton

Round Eye is a punk band based in Shanghai. We’re all foreigners, but we’re pretty sure that we wouldn’t have met anywhere else. We play weird, noisy, psychedelic punk, which we’ve decided to call “compost punk” because, hey, we had to call it something.

We routinely bring over acts from the West to tour with us. We love showing bands what a crazy, awesome, place China is, and introducing them to as many of the 1.3 billion people who live here as possible. It’s a corrupt, smog-filled nightmare and it’s the best country in the world, and everything in between. The food is great, the alcohol is potent, and the crowds might be quiet, but they are full of love for anyone who makes the trip. Regular readers might remember M.O.T.O.’s account of their tour over here in 2013.

This is a little story about the other side of the coin, when things don’t work out so well. 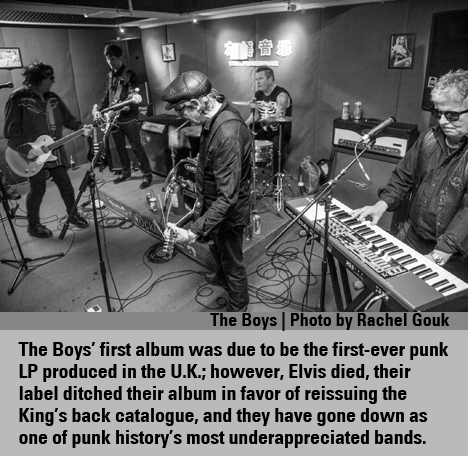 In early 2014, we got in touch with The Boys. One of the U.K.’s first punk bands, The Boys’ first album was due to be the first-ever punk LP produced in the U.K.; however, Elvis died, their label ditched their album in favor of reissuing the King’s back catalogue, and they have gone down as one of punk history’s most underappreciated bands. This kind of luck prepared them well for what they found in China.

The band arrived in Shanghai on January 13, 2015, just after a stampede at a New Year’s firework display had tragically killed dozens, which then prompted a clampdown on any kind of gathering. Rock concerts were top of the list, with major festivals cancelled, and venues closed down for months.

Here are a few lessons we learned from the experience. 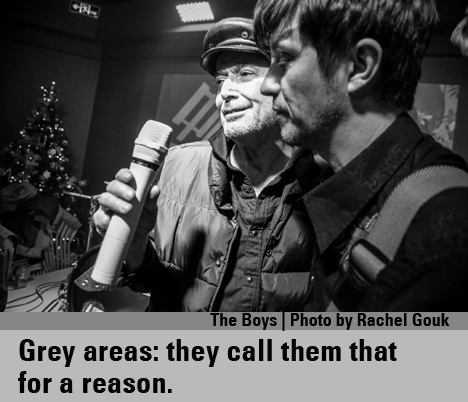 Grey Areas: They Call Them That for a Reason

When it comes to organizing shows in China, it’s very difficult to do things by the book. Most small-scale touring exists in a grey area, where as long as you’re not trying to do anything too crazy, authorities are mainly happy to look the other way. Most venues work very hard to maintain good relations with the authorities for precisely this reason. However, that still means that the powers-that-be have ammunition to shut down pretty much whatever they want, whenever. But, surely, we thought, nobody would care about a ten-date tour that was mainly routed through cities that barely appear on the map. (Seriously, try looking for Zibo, for example. Hard to find, even though they it’s the same size as Chicago.) However, that’s when we learned lesson number two. 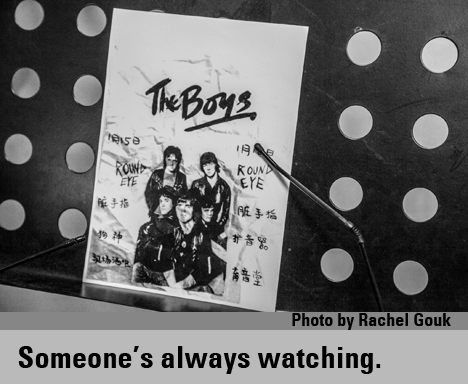 As The Boys were meant to be playing their first show at a student bar in the suburbs, we received a series of texts from venues all over the country informing us that each of our shows was cancelled. Originally, we’d thought that this would just be confined to Shanghai, but one after the other, venues told us they had received actual letters from authorities in Beijing telling them not to let the tour go ahead.

Suddenly, we were the targets of a nationwide, coordinated police effort. Okay, not a terribly big one, but enough of one to make us pretty nervous. It especially didn’t help when our frontman Chachy was called in to the Culture Bureau for a chat that evening.

Chachy went home from the bar where we were commiserating and trying to come up with a backup plan. He put on a shirt and tie and headed to the local Culture Bureau office. He was greeted by two officials, a younger one ready to throw the book at him, and an older fellow who, luckily, just wanted to make sure life was simple for everyone. That meant no shows, but as far as we knew, no big consequences so far.

It came as a bit of a surprise to see that they had our tour poster in front of them, and had found out about certain previous stage antics involving dildos, blow-up dolls, and waist-down nudity. It wasn’t doing us many favors. Neither was the poster, which featured a female young pioneer (think the girl guides, but with added communism), bleeding at the crotch, smiling, with the characters ‘China’s First Night’ (a phrase with pretty sexual connotations) emblazoned in the bloody spray Pretty visceral stuff which, for once, wasn’t due to our perverted minds – this was the doing of Guangzhou-based artist Tony Cheung (whose other work is well worth checking out). In retrospect, it seems kind of obvious that this would have caused problems, but the image wasn’t too far removed from other pieces that Tony had done for bigger bands such as Carsick Cars without issue. Nevertheless, it was flattering to know that at least someone was looking at our website.

Go Underground, and Stay There

Shanghai is full of bomb shelters, many of which have been converted into music studios or practice spaces. This came in surprisingly useful over the next few days. Rather than admit defeat, we decided to hold an open rehearsal or two. We may have told a couple of people about them… who may in turn have told a couple of others.

The Boys did eventually play on Chinese soil, or rather several feet under it. Like the true pros that they were, they soldiered through their sets as the crowds sweltered under a struggling a/c and we cleared every corner shop in a half-mile radius out of booze. The Boys then spent another couple of days underground putting down a few live tracks in another underground studio. We didn’t see the sun for days.

The Boys, luckily, were taking all of this in great humor, chalking it up to the same “curse of The Boys” that had seen their album pulled. Over the week they were here, they were full of stories about the early days of punk. Highlights included Matt Dangerfield telling Malcolm McLaren to fuck off when he invited him to join the Sex Pistols, and Honest John Plain’s memories of early days in the London SS, when band members who’d previously dressed like Rod Stewart came to rehearsals in bondage trousers and ripped T-shirts, proclaiming, “It’s punk rock, innit?”

You’ll Never Win the “Why” Game 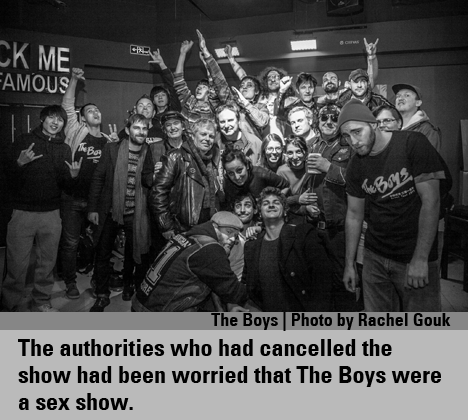 Lastly, this shouldn’t discourage anyone from touring China. It’s a fantastic place, it’s a fifth of the world, and you’ll have a blast. Just keep the vaginal blood on the posters to a minimum and time your visit not to coincide with any stampedes and you should be fine.

Pete Stapleton is the sax player in Round Eye. He’s been in China for too long and isn’t sure when he’ll leave.