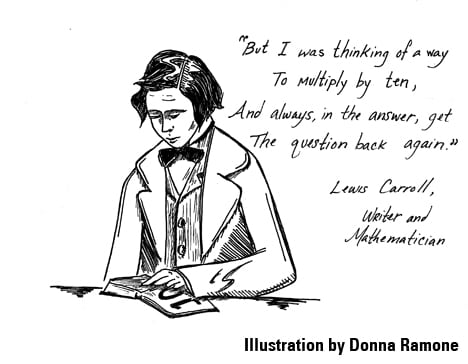 The Gentleman Jackalope: Ten: Because I’d Do It Over Again

Last August, in an office space that felt hotter than the Antelope Valley does in mid-July, Razorcake held an open meeting. The space was small, and a large group of us sat shoulder-to-shoulder along the perimeter, listening to Todd.

Now, most of what was said and done was important, but it doesn’t serve any purpose here. Column inches on the Internet are precious.

During a time of the meeting when numbers were being explained, the average number of columns turned in by first-time columnists was given. Whatever was explained over the next five minutes was lost on me because I started doing math in my head. The day before, I’d turned in my sixth column, which was just above the average.

I gave myself a proverbial pat on the back but I knew it wasn’t anything special. To keep some perspective, I reminded myself that Razorcake was working on issue seventy at that same time. Instead, I decided to reserve any feelings for celebrating for when I hit double digits.

And now it’s that time, Jackalopes and Jilliopes. I decided to celebrate it with Razorcake readers. (Thanks for reading!)

Ten Things for a Tenth Column

10. This column wasn’t just phoned in. This is only a thing because ten is my lucky number. I’m not exactly sure why, though. When I ask about people’s lucky numbers, I always want to know why. There are all sorts of ways people choose a number, like numbers in a birthday, favorite sports figures, in honor of people or events, etc. I can’t think of a concrete reason why my number is ten.

When I think back to the earliest times that I acknowledged it as an important number, two instances come up. When I was a much younger man-child, I collected and traded basketball cards with my neighborhood friends. For a variety of reasons, I accumulated a lot of Tim Hardaway and Mookie Blaylock cards. (They both wore number ten.) Around that same time, I created myself as a player in NBA Live ’97 for Sega Genesis, and assigned my little avatar the number ten. My favorite player was the nineteen-year-old Kobe Bryant. Since Kobe was already in the number eight (remember that?), with the next number worn by Nick Van Exel, maybe I was “stuck” with ten. The origins are a mystery, probably lost forever amongst my other subconscious memories. It’s just my lucky number, I guess.

9. How lucky, you ask? Well, after purchasing a used casino deck of cards from the Four Queens in Las Vegas, I picked out the ten of spades. I singled it out because I thought the spade was the coolest of the suits. I slipped it in my wallet, and arbitrarily declared it my lucky card.

Next, I did the only thing in Vegas for a fourteen-year-old kid to do. I toured Fremont Street, collecting the little magazines for escorts where “nude” photos have neon-colored stars censoring the private parts. Just kidding… I went to the arcade at the Four Queens. Their selection was pathetic, but I’d fallen in love with the lone pinball machine in the corner. I put in fifty cents and started playing. When my dad found me an hour later, I had to walk away from my third free game to go to dinner. It ended the best run of pinball in my life to date, and I didn’t even enter my initials.

Then, during my senior year of high school, in one of those foolish moments of post-break-up desperation, I gave a girl that card. I also gave her the tried-and-true line of “… so that you’ll always have a piece of me, even if we’re not together.” (My advice to current parents looking to have their children avoid this pitfall: Keep them away from their generation’s equivalent to emo rock.)

Later that evening, I left a friend’s house and started home. On the way, from a blind position, a Chevy Silverado turned left in front of my Geo Metro. In a flash of twisting metal, everything was over and I faced the opposite direction. While the cars were totaled, neither the other driver nor I was hurt.

Superstition manifests itself in life however we want it to sometimes. With nothing more than a declaration, I knew I made that card lucky because I believed. Fate, or whatever, reminded me that something so powerful shouldn’t be given away to some high school junior because she “broke” my heart.

The next morning, without even stopping to acknowledge my friends, I searched her out and took my card back. Some twelve years later, it’s still in my wallet.

8. In my first column, I did a tribute of sorts to my fellow Razorcake contributor Ben Snakepit and his daily three-panel comic strips. The whole reason for writing was because there was going to be a three-year wait between Snakepit 2009 and what is now Ben Snakepit Gets Old.

Ben Snakepit Gets Old covers his tenth year chronicling his life in three-panel increments. His eleventh and twelfth years are there as well.

There is usually some time between when I turn my columns in and when they go live on the website. At the time of writing, the book is brand spanking new and about to be ordered. I confirmed with Future Ronnie that the book was awesome.

6. My parents divorced when I was ten. That was major turning point in my life. I faced a number of sobering realities, and with my mother and brother, began taking the uncertain steps toward a new normal.

There was another series of turning points when I was nineteen (1+9=10). During that time, I burned through a rise and fall in politics. My decision to abandon that career path saw a profound change in my life. To sum it up quickly, I learned to always try and blend profession with passion. It sounds so obvious, but all too often, it’s mistaken as profession and money.

Twenty-eight is next, and I can’t imagine what that year has in store for me.

5. Speaking of using double-digit arithmetic to get ten, my sports jersey number preference is nineteen.

I’ve discovered that whenever numbers are assigned, ten is a popular choice. To get around this, I used an unlikely source of inspiration: Dennis Rodman.

During his early years in the NBA, playing for the “Bad Boy” Detroit Pistons of the late ‘80s and early ‘90s, and then the San Antonio Spurs, he wore number ten. However, due to the Chicago Bulls having retired the number for Bob Love, during Rodman’s time there, he wore ninety-one. Then, during his brief stint with the Lakers in 1999, he wore seventy-three because Tyronn Lue held claim to the number ten.

The use of nineteen usually ends up working in my favor because it’s not very desired. While people debate over who should get ten, I’m usually already signed up for nineteen.

4. Unless my wife is on the team… Her actual lucky number is nineteen, due to it being a day of the month she was born on. In that case, my next number combination choice is thirty-seven.

(A fun fact only made ominous with hindsight: my four previous girlfriends, for their own unique reasons, all preferred the number thirteen.)

3. With the numbers ten and nineteen a major part of my life, I seem to always catch the time at 10:19 more than any other combination of hour and minute.

2. The decimal system is so superior to standard measurements it’s stupid. I don’t make the claim because the universal increment of change is ten. I make it because it has any universal increment of change. One hundred centimeters is a meter, and one thousand meters is one kilometer. Therefore, 100,000 centimeters is also a kilometer. Easy enough. Twelve inches is a foot, and 5,280 feet is a mile. Therefore 63,360 inches is also a mile. Not cool.

1. In the deadline reminders that Razorcake sends out, web contributors are encouraged to stick with their agreed deadline dates.

Two years ago, when I started writing for Razorcake, my agreed date was the eighth every other month. Somewhere around my fourth or fifth column, I started contributing a little late until I just started to try and turn in on the tenth.

And yes, that was deliberate only because it’s ten.

“But I was thinking of a way
To multiply by ten,
And always, in the answer, get
The question back again.”

– Lewis Carroll, “Upon the Lonely Moor”