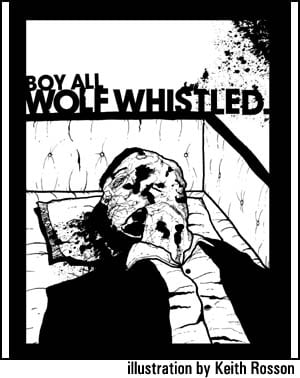 The FBI Report On the Murder of Emmett Till: Update 2007

The Emmett Till case was originally mentioned in Razorcake #28, as well as the 2006 update which can be found here. Thank you, - Razorcake Staff.

On March 30, the Federal Bureau of Investigation publicly released its 2006 report on the Emmett Till case. In 1955, Till, a black teenager from Chicago, went to Mississippi to visit relatives. During a trip to a store, he whistled at a white woman named Carolyn Bryant, the wife of the store’s owner. Shortly thereafter, Mrs. Bryant’s husband Roy and her brother-in-law J.W. Milam kidnapped Till. Emmett’s mangled body was found a few days later. A local jury acquitted Milam and Bryant of murder, but the pair later acknowledged that they had slain the fourteen-year-old Till. The two admitted murderers are both dead, but evidence recently uncovered by filmmaker Keith Beauchamp indicated to federal authorities that there might have been other perpetrators who remained alive.

The U.S. Department of Justice re-opened the case in 2004. In 2006, the FBI passed its report on to the local district attorney, Joyce Chiles, and advised her to focus her investigation on Carolyn Bryant (by then remarried and going under her new husband’s name of Donham). In February 2007, a grand jury refused to indict Bryant-Donham on the charge of manslaughter. The newly released FBI report offers the closest view yet of the case. Large portions of the document are blanked out, but the visible text reveals that the Bureau collected a large amount of evidence against Bryant-Donham.

One of the goals for the unnamed agent(s) who wrote the report was to establish the time frame for the murder. Numerous witnesses stated that the whistling incident took place on August 24, 1955. On August 28, at approximately 2:30 a.m., Roy Bryant and J.W. Milam took Emmett Till from his great uncle’s home at gunpoint. Till’s body was discovered in the Tallahatchie River on August 31. Over the years, much uncertainty has remained about the events that followed Emmett’s abduction.

A timeline in the report reveals a key part of the story:

Roy and Carolyn Bryant lived in rooms behind the storefront. The timeline states that Till was not murdered at the store, so the most likely explanation is that the kidnappers took him there to be identified by the woman he had offended. (Roy Bryant and J.W. Milam were not in town on the day of Till’s confrontation with Carolyn Bryant.) The rest of the available evidence confirms that interpretation. At the 1955 murder trial, both Sheriff George Smith and one of his deputies testified that Roy Bryant admitted taking Till to his wife at the store to verify that he was the one they sought.

Whether Mrs. Bryant identified Till is a vital question. In 1955, Mississippi law defined manslaughter as “killing of a human being, by the act, procurement, or culpable negligence of another.” Camille Nelson, a Saint Louis University law professor and an expert on criminal law, explains the idea of culpable negligence: “The question is, would a similarly situated reasonable person have recognized what identifying Till could lead to? This ‘ought to have known’ test is central to establishing negligence.” So if Mrs. Bryant identified Till and knew (or should have known) that he might be killed as a result, that would be manslaughter. Nelson adds that, “at the very least, given the socio-political climate of the day, [Mrs. Bryant] ought to have known that Emmett Till was in grave danger.”

The report contains a first-person account of the meeting at the store on the night that Till was murdered—an account not found in the 1955 trial transcript. The story appears twice, with slightly different deletions each time. On the second occasion, the text states that the speaker was Carolyn Bryant-Donham. In her statement, she confirmed that the kidnappers brought Till to the store, but several key sections have been blanked out:

“I think it happened pretty much like he, like they said. I think they probably asked me who, if (long blank) I believe. Because I really think no matter what (long blank) said no that’s not him because (blank). I think he (Roy Bryant) told me he was gonna take him back.”

The words “no that’s not him” could be taken to support the theory that Mrs. Bryant told her husband that Till was not the one she had seen at the store a few days earlier. However, the context is missing and the words that can be seen are at least as consistent with admission as denial. For instance, the opening of the sentence—“Because I really think no matter what (blank)”—suggests that she was trying to explain the fact that she identified Till and to downplay her role in his death. The claim that her husband told her that he was going to “take (Till) back” would be consistent with Mrs. Bryant refusing to identify Emmett, but that would not explain why he was murdered immediately thereafter. The most telling aspect of that section is the heading, which somehow escaped deletion. It describes Bryant-Donham’s statements as “admissions.”

The report offers further indication of Mrs. Bryant’s involvement in the crime. An anonymous African-American man gave a statement that on one evening shortly before the Till murder, a group of men drove up in a truck, grabbed him, and threw him in the back. A black man he knew named Washington was the one who seized him, but Roy Bryant and J.W. Milam were both in the vehicle. Bryant ordered Washington to throw the young man off the truck after someone whose name is deleted said, “that’s not the nigger!” and “Roy, I keep telling ya, that’s not the one.” The vehicle then drove off.

That story matches an account published in the New Orleans Times-Picayune newspaper in 2004. In the newspaper article and in the report, the victim stated that he was carrying molasses and snuff home from a nearby store when the attack occurred and that he suffered broken teeth during the incident. In the Times-Picayune article, the victim, Willie Lee Hemphill, specified that Carolyn Bryant was the one who told the men that he was “not the one.” That shows that the kidnappers looked to Mrs. Bryant to provide identification. In contrast to Hemphill, who was released on her word, Till was tortured and murdered after the men asked her to identify him. Likewise, Carolyn Bryant’s involvement in the two cases demonstrates that she participated in efforts to kidnap Till over some time.

District Attorney Chiles was unavailable for comment on the FBI report. For their part, many in the news media have assumed that Carolyn Bryant was a helpless pawn in a murder plot hatched by her husband and brother-in-law. Randy Sparkman put that case bluntly in an article for Slate magazine, writing that Mrs. Bryant was “a Southern wife who did as (she was) told” and who “would have felt (she) had no other choice.” But when weighing Bryant-Donham’s culpability, it is crucial to recall exactly what she told her husband about the incident at the store. She claimed that Till grabbed her hand and asked “How about a date, baby?” After she struggled loose, Bryant said, Till put his hands around her waist and asked, “What’s the matter, baby? Can’t you take it?” Other statements she attributed to Emmett included an “unprintable word,” and assurances that he had been “with white women before.”

In 1955 Mississippi, black males were lynched for far less than that. Mrs. Bryant’s lurid claims inspired the men who committed the murder, and the evidence shows that she was lying. According to Till’s mother, Mamie Till-Mobley, and other relatives, Emmett suffered from polio at age five and was left with a speech impediment that would have made it impossible for him to say the words Mrs. Bryant attributed to him without halting or stammering. (Bryant-Donham’s various accounts of the incident at the store never included any mention of a stammer.) Also, Ruthie Mae Crawford, who accompanied Till to the store that day, said that he did nothing more threatening than put money into Mrs. Bryant’s hand while making his purchase and whistle at her once outside.

Bryant-Donham claimed that a witness saw the latter moments of her confrontation with Emmett and could confirm that part of her account. She stated that her brother-in-law’s wife, Juanita Milam, was in the back room of the store on the day of the incident. According to Bryant, after Till grabbed her, she “called out” to Mrs. Milam and asked her to come to the front room. In the report, however, Juanita Milam “stated she was not at the store when this incident occurred.” She also told the FBI that she believed that Mrs. Bryant made up the whole story: “The only way I can figure it is that she did not want to take care of the store. She thought this wild story would make Roy take care of the store instead of leavin’ her with the kids.” The evidence that Bryant-Donham lied about her meeting with Till shatters the image of her created by elements of the press. She looks far more like an instigator of violence against Till than a passive wife who “had no other choice.” She must have known that, after hearing her false story, her husband and the others were likely to kill Emmett. All they needed was someone to identify him.

There appears to be a large discrepancy between the report’s evidence against Carolyn Bryant-Donham and the grand jury’s decision not to indict her. Of course, it is always possible that some evidence did not hold up in court. However, it is rare that a grand jury refuses a prosecution request for an indictment. In light of Mississippi’s terrible record on racial issues in general and on the Till murder in particular, this case demands further scrutiny.