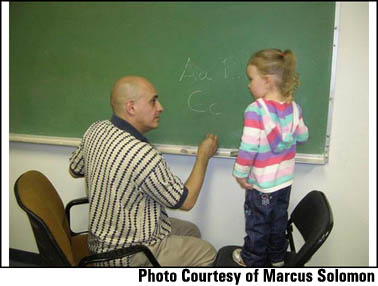 “Where is dumbass right now?” asked my two-faced defender via text message that appeared on my tutoring center office computer. “That stupid motherfucker is in the next room tutoring [a student.]” answered my deceptive office helper. Yeah…it happened again. I got betrayed by people whom I thought were very good friends. I happened to see a small window on my office computer that was left open, and when I went to close it, I saw an insult-laden text message dialogue (all of which were directed at me), between the two people who only a few months ago were helping me through the most difficult emotional crisis of my life. I was stunned. I felt a bit dizzy and very hurt to discover that the very same people who defended me with their own bodies, the ones who came to the rescue and helped to bring me back from the verge of suicide and save my learning center were now insulting and laughing at me behind my back. I sat down to think and could hear parts of the song “Betray” by Minor Threat silently playing in my mind.

“I thought we had the same ideas / But you, you proved me wrong / I've been played the fool before / But never for quite so long […] Normal expectations / They were on the run / But now it's over / It's finished, it's done.”

I did my meditation. I thought about it calmly in silence and, soon, it made sense. Nobody is all good and nobody is all bad. These two were rough around the edges when I first befriended them shortly before my breakdown (See: The Resurrection of Mangala), so we really didn’t know each other too well. They rose to the occasion alongside the legion of true friends who also came to my assistance, and when the dust settled, the two deceptors went back to their old ways. I actually felt a sense of relief to know the truth about being insulted and used because then I knew what I had to do: I had to take out the trash and make another purging of false alliances. I had taken these people into my home and office and did all I could to provide them with assistance and opportunities in return for helping me in my time of need. But old habits die hard, and they reverted to their gang-like ethos. My old habits die hard, too. I realized that I am still naïve and a hopeless optimist. Once again, I realized my strengths are also my weaknesses.

After expelling the two rats from my world, I felt cleansed and blessed. It took only a moment to understand that I still had dozens of true friends and supporters. The two betrayers may have been closest in physical proximity to me during my emotional catastrophe, but it really was not them who carried me through. It was something larger than that; two things actually.

The parents and students I work with each week often become close friend. Many of them rushed forward to prop me up when I crumbled. It was truly amazing and uplifting to see so many kids and their parents come to my little learning center just to see if I was okay and to ask if there was anything they could do to help. It was rejuvenating and inspirational when children who were still in early elementary school fed my own words to them back to me. “You have to be strong.” “When it gets hard, you have to try hard.” “You cannot give up.” “We need you here.” Hearing things like that hit pretty hard and sink deep into the heart and mind…especially when the speaker is only nine or ten years old. Teaching children, teenagers, and adults provided me with a purpose…a reason for living. I may not be rich and successful in the material sense, but helping to cultivate people’s minds and pointing them toward a more positive future is a wonderful thing. It gave me a compelling reason to get out of bed each day when I wanted to be covered with earth.

The punk rock community also served as a life-saving support system. Julia Smut, the drummer for the infamous Smut Peddlers and also for her new band, The Junk, sent me a much-appreciated and heartwarming long letter via e-mail after she got the gist of my predicament via the postings on my MySpace page. How cool is that? The drummer from one of my favorite bands sent me a message that in essence said, “I care. I have been there too. Things will get better in time, and you are a good person.” Joey Bondage, vocalist of the band Narcoleptic Youth, also told me he was sorry I had been through so much emotional bullshit, and dedicated a song to me at one of their shows.

Just recently, Maximus Maxie the singer for The Maxies, a raucous, hard-drinking, and totally fun powerpop/punk band from Greenland, told me he had read my last two Punklightenment columns and they made him cry. He also said he had felt the same emotions for the same reasons, and it was because of his good friends and his love of music that got him through. That night, The Maxies dedicated the song “Heart Attack” to me. It made me laugh. Even Todd and his Razorcake creation was an incredible help. After writing several essays for this website that attempt to embody and explore the punk rock culture from an enlightened point of view, I understood that I would be a total hypocrite and a miserable failure if I gave up and did myself in. No…I had to go on, and this insular population of talented weirdoes who care reminded me that this is where I belong. I belong in front of the chalkboard pointing the way to a brighter future, and I belong right up front at a loud and crazy concert rocking my cares away with a bunch of inspired misfits like myself.

I need you too. What is a writer without a reader? What is a teacher without a student? What is a band without an audience? What is anyone without the rest of us? We found this hidden punk rock scene because we were searching for something. Something unique, something intense, something real, and something indescribably, explosively fun. I honestly hope each and every one of you has good people to rely upon, and that you also know your purpose in life. In Buddhism, this is called “Dharma.” It is your reason for living. It is the truth, your path…what you were born to do. If any of you are lacking either or both of those things, then reach for them with maximum effort. Desire is destiny. You can even get in touch with me of you like. Maybe we can go to a gig sometime, and remember, it’s my job to show you how smart you really are.