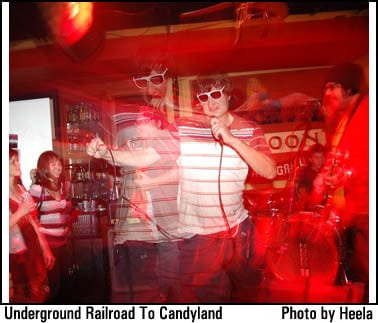 Who are the GC 4? Shahab and Heela, who run the Geykido Comet Records outfit, and their two daughters, Mahtab and Arezu. All four were present during the recording of this podcast, and you can be sure that all young ears were shielded when lyrics veered the Rated R route in order to bring you a mixbag of songs they're sure you'll enjoy!